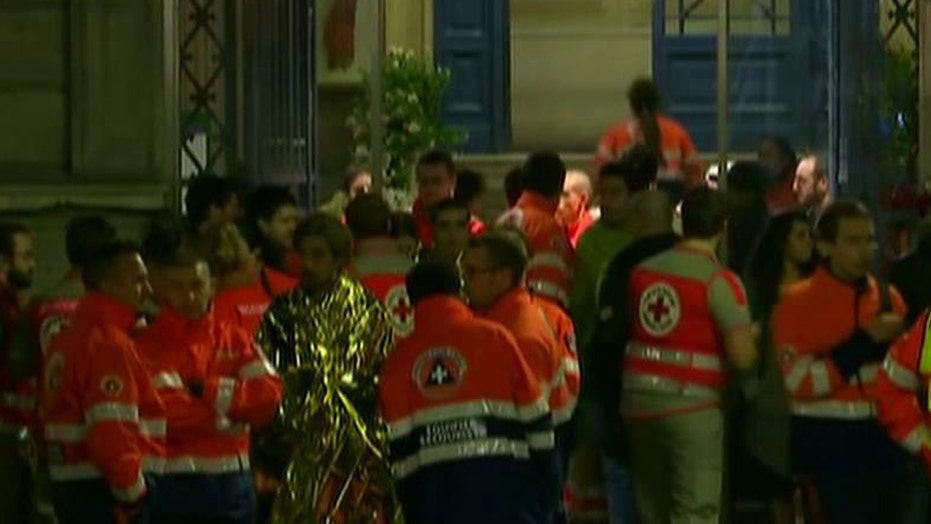 ISIS claims of responsibility for Friday’s Paris massacre are being reviewed by US intelligence analysts Sunday morning, with a focus on the English-language version, which is delivered in American-accented English, Fox News has been told. It is now clear the plot included a rollout of ISIS propaganda, which was prepared in advance, including threats directed toward the Russian people, Rome, London and Washington DC.

Separately, Fox News has learned that four credible, ISIS-linked social media accounts began sharing messages 72 hours before the Paris attack, including images of weapons, the Eiffel tower, as well as blessings for the attackers’ mission.  A military intelligence source says the social media traffic is now seen as evidence the three teams had gone operational.

The translations include “God bless you in your mission” and “Support the deployment,” as well as a reference to our “sister,” suggesting an operative, or member of the support team was a woman.

Meanwhile, FBI Director James Comey has told field offices across the country to intensify surveillance on ISIS suspects, hoping to prevent violence in this country.  Before the attack, Comey confirmed there are 900 active ISIS investigations, spread over all 50 states.

There is a growing body of evidence, as reported by Fox Friday, that the attack was pre-meditated, and the terrorists vetted by ISIS in Syria. An anti-ISIS group told the Sunday Telegraph that two fighters were sent in March, and two more in May for an operation in France. In August, a French national who was arrested, returning from Syria, mentioned instructions to attack a concert hall.