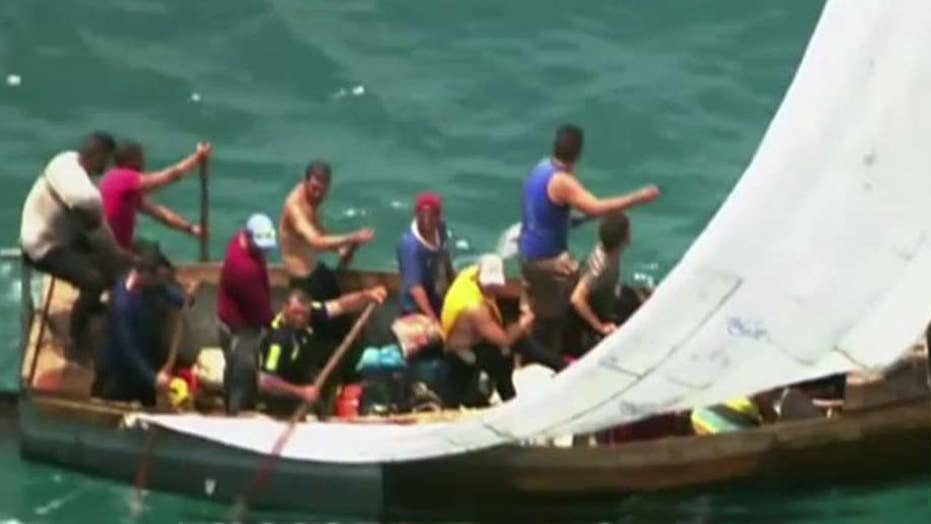 HAVANA – About 680 Cubans have been returned to the island from various countries since then-President Barack Obama ended a longstanding immigration policy that allowed any Cuban who made it to U.S. soil to stay and become a legal resident, state television reported Friday.

Cuba's government had long sought the repeal of the "wet foot, dry foot" policy, which it said encouraged Cubans to risk dangerous voyages and drained the country of professionals. The Jan. 12 decision by Washington to end it followed months of negotiations focused in part on getting Havana to agree to take back people who had arrived in the U.S.

Cuban state television said late Friday that the returnees came from countries including the United States, Mexico and the Bahamas, and were sent back to the island between Jan. 12 and Feb. 17. It did not break down which countries the 680 were sent back from.

The report said the final two returnees arrived from the United States on Friday "on the first charter flight especially destined for an operation of this type."

Florida's El Nuevo Herald newspaper reported that the two women were deemed "inadmissible" for entry to the United States and placed on a morning flight to Havana.

Wilfredo Allen, an attorney for one of the women, says they had arrived at Miami International Airport with European passports. The women requested asylum and were detained.

The repeal of the "wet foot, dry foot" policy was Obama's final move before leaving office in the rapprochement with the communist-run country that he and Cuban President Castro began in December 2014. The surprise decision left hundreds of Cubans stranded in transit in South and Central America.

Before he assumed the presidency on Jan. 20, Donald Trump criticized the detente between the U.S. and Cuba, tweeting that he might "terminate" it.