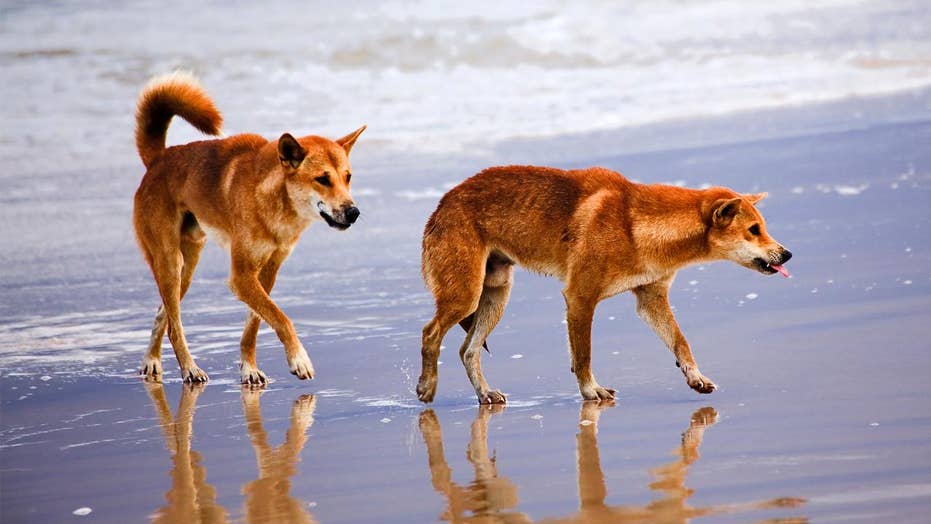 An Australian boy gets brutally mauled by a pack of dingoes.

A young boy was recovering after he was attacked by a pack of dingoes at a popular Australia tourist spot Saturday.

Michael Schipanski, 6, was flown to a nearby hospital after the attack at Fraser Island, which is off the coast of Queensland, according to Sky News. The boy was swimming with his family when he attempted to run up a sand dune and was met with the pack of dingoes, a breed of dogs native to Australia.

SUSPECT, 20 ARRESTED OVER RAPE AND MURDER OF 21-YEAR-OLD ISRAELI EXCHANGE STUDENT IN MELBOURNE

“I heard him screaming, bone-chilling screams of terror and fear and pain, and turned around and saw him set upon and dragged down by this pack of dingoes. It was out-of-control, vicious, terrifying,” Schipanski said, according to Sky News.

Mark said his son had “severe puncture wounds” and bite marks on both of his legs. He said one dingo was trying to drag the boy down the dune. He managed to pull the dingo off his son.

Fraser Island, a World Heritage site, is known for its dangerous dingoes and authorities have warned tourists about the animals.

Famously, Azaria Chamberlain was killed by a dingo in August 1980 when she was 2 months old. Her body was never found. Her parents were initially charged and convicted in her death before a piece of the baby’s clothing was found near a dingo lair. Their convictions were overturned.