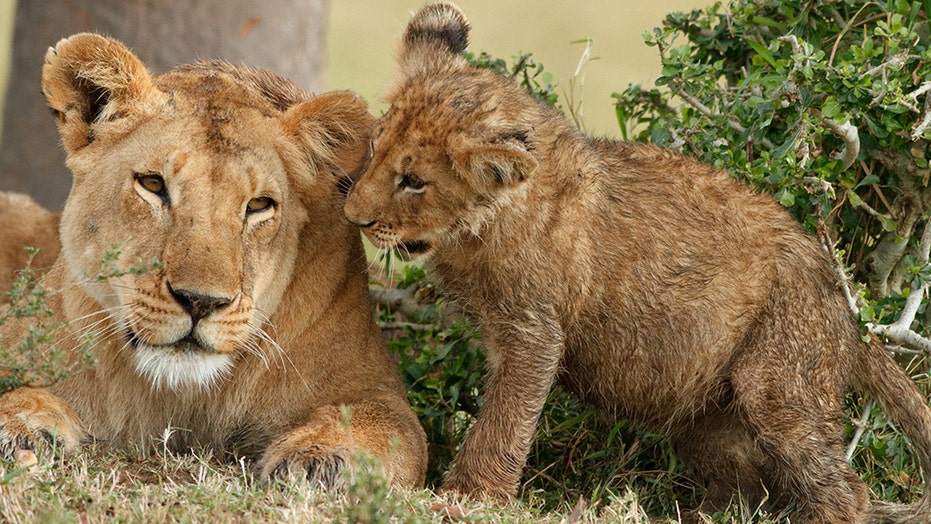 A 4-year-old girl was left in critical condition after a lion reportedly tore off a part of her scalp when she and her father got a little too close to its fenced cage in South Africa.

Dina-Marie de Beer and her father Pieter were visiting the Weltevrede Lion Farm on Sunday when they went to see a small lion family a little closer.

The child’s father was holding his daughter so she could pet one of the cubs when the lioness in the cage grabbed him, according to South African station Netwerk24.

The lion’s claws penetrated her skull and ripped off part of her scalp, the network reported.

Dina-Marie was set to the hospital in critical condition and it is said a part of her skull was surgically removed on Monday to relieve pressure from her brain. Her father, who only suffered minor injuries, told the South African outlet that his daughter has a long road for recovery.

A tour guide at the lion farm told The Independent that the incident occurred when the dad and daughter “got a bit too close,” and hoped that she would have a “quick recovery.”

The owners of the farm did not respond to the Independent’s request for comment.

On its Facebook page, the farm posted they were going to update their warning signs around the property. There was no additional comment.

This is not the first incident at Weltevrede Lion Farm, according to the Independent. In 2010, two sisters suffered bite wounds when they were attacked by a lioness. The farm’s owner Nico Roets said at the time that lions are dangers and wild animals.

“Sometimes they play a little rough,” he added.

Netwerk24 reported that a man was injured just last week after being attacked through the fence at the farm.

“This horrible incident underscores the need for the government of South Africa to shut down the lion breeding industry in the country, in order to protect both people from these ‘snuggle scam’ businesses in which they expose themselves to potential danger, and spare the suffering of thousands of lions languishing in appalling inadequate captive conditions where they are used as props for the tourist trade,” Audrey Delsink, a spokeswoman for Humane Society International, told The Independent.