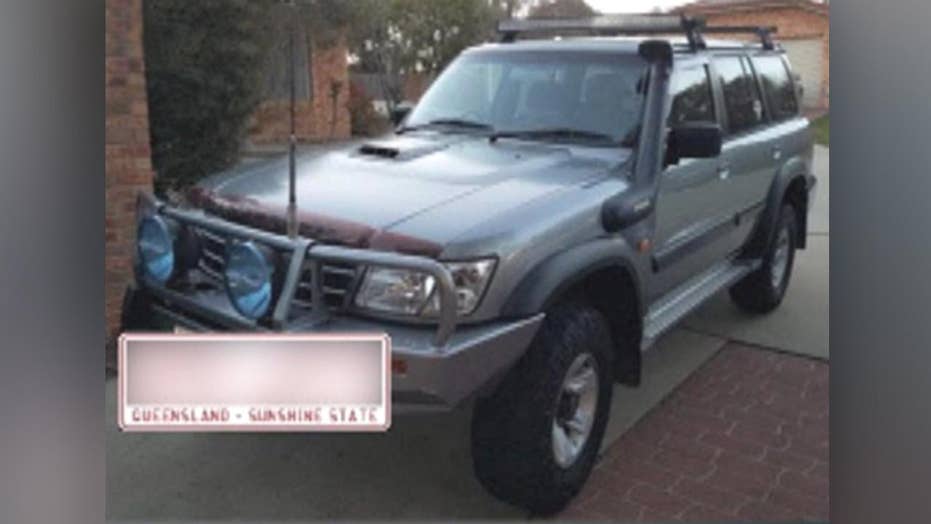 Four children were able to take the family car and drive 600 miles down the Australian coast before police caught up with them.

Four kids in Australia were in for the ride of their lives.

The children, ages 10 to 14, wrote a goodbye note before stealing a parent’s SUV and heading down the country’s east coast, according to police.

The four kids left Rockhampton in Queensland state and headed down to Grafton in New South Wales state — more than 600 miles away.

Around 10:40 p.m. on Sunday, a police officer stopped the 2004 Nissan Patrol, which was reported stolen, and tried to get the children out.

According to authorities, the kids refused and locked the doors — so an officer used a baton to break one of the vehicle’s windows.

An Illinois mom was caught with two kids riding in an inflatable pool on the top of her car.

"It's a long way, in excess of [600 miles] from Rockhampton down to Grafton. I couldn't imagine one person actually driving all that way in two days," Acting Police Inspector Darren Williams told reporters.

It was not immediately clear which child or children drove the vehicle down the coast.

The kids — a 14-year-old boy, two 13-year-old boys and a 10-year-old girl — might have shared the driving responsibilities, police said.

The children are suspected of failing to pay for fuel at Outback gas stations in the Queensland town of Banana and the New South Wales town of Warialda, according to officials.

They were also chased by police in the New South Wales town of Glen Innes, where one of the 13 year olds was suspected to be driving, Williams said.

"There was a short pursuit up there with the Highway Patrol and due to the age of the driver and the road conditions, that was terminated by the Highway Patrol officers ... and the general duties police that were involved," he said.

The 14-year-old lived in Grafton, which might have been the children's destination, Williams said.

Banana Truck Stop cashier Harry White said the SUV drove off without paying for diesel at 4:35 a.m. on Sunday. He estimated that the children must have left Rockhampton around midnight. Banana is a town of a few hundred people that grows no bananas and is named after a dun-colored bull.

The strong surf of Tropical Storm Barry turned a parked car in Alabama into a part of the beach.

White, who wasn't working at the time but said he watched surveillance video of the incident, said the theft involved more than 21 gallons of diesel worth more than $105.

He added he was struck by the short stature of the driver, who didn't stand as tall as the SUV's door. Police said all four range from 5 feet tall to 5 feet, 4 inches tall. The driver behaved casually as he filled the car, then spoke to a passenger before hanging up the gas pump, White said.

"He turned around to his mate or passenger in the car, had a small conversation which I assume was: 'Hey mate, get ready, we're getting out of here,' and that's when he put it in the bowser and got in his car and shut the door and took off," White said.

A Queensland police statement said the children had taken cash with them from Rockhampton and one of the 13-year-olds had "left a note to his family indicating he was leaving."

Police have yet to interview the children because they cannot be questioned without a parent or guardian being present. Williams said they will be charged, but did not list the alleged offenses.

Investigators said it wasn't immediately clear how the kids knew each other. Drivers must be at least 17 years old in Queensland to apply for a license.