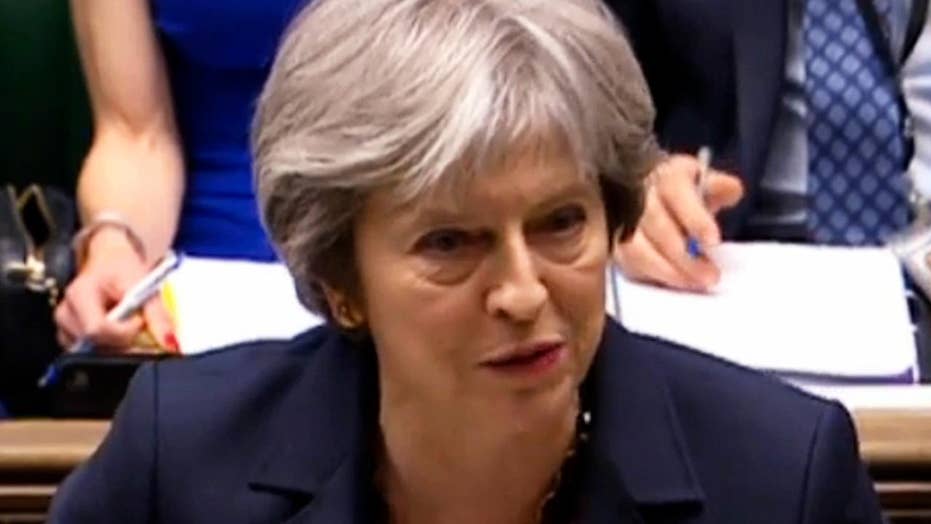 Theresa May issues ultimatum to Russia over spy attack

Britain to expel 23 Russian diplomats, making it the single biggest expulsion since the Cold War. Amy Kellogg reports from Moscow.

British Prime Minister Theresa May announced Wednesday the expulsion of 23 Russian diplomats from the United Kingdom following the suspicious nerve agent attack on a former Russian spy and his daughter -- the largest such expulsion since the Cold War.

In response Moscow said a retaliation by the Kremlin would follow shortly.

White House: US stands with UK in attack on Russian ex-spy

Prime Minister Theresa May summons Russian ambassador for an explanation; Moscow denies involvement in poisoning of Sergei Skripal and his daughter.

"The British government made a choice for confrontation with Russia," the Russian foreign ministry said in a statement.

May made the announcement hours after Moscow ignored a midnight deadline to explain how the military-grade nerve agent, which was developed by the former Soviet Union, came to be used against ex-spy Sergei Skirpal and his daughter, Yulia.

“All who have been identified as declared intelligence officers: they have just one week to leave,” May said. “This will be the single biggest expulsion for over 30 years and it will reflect the fact that this is not the first time the Russian state has acted against our country.”

Additionally, May said no British officials or members of the Royal family will attend this summer’s World Cup in Russia. She also announced a range of economic and diplomatic measures, including a decision to cancel all high-level bilateral contacts with Russia.

“[Russia’s response to the deadline] has shown complete disdain for the gravity of these events,” May said, adding the Kremlin has offered “no credible explanation” for how the Russian-made Novichok nerve agent was used in the attack.

“This represents an unlawful use of force against the United Kingdom,” she said, noting Russian officials have treated the incident with “sarcasm, contempt and defiance."

“It must be met with a full and robust response," May said.

An invitation for Russian Foreign Minister Sergey Lavrov to visit Britain has been canceled.

May also said Britain would clamp down on murky Russian money and strengthen its powers to impose sanctions on abusers of human rights.

"We will freeze Russian state assets wherever we have the evidence that they may be used to threaten the life or property of U.K. nationals or residents," May said, without giving details.

May said that while many Russians who have made the United Kingdom their home and abide by the laws, “those who seek to do us harm, my message is simple; you are not welcome here.”

The Russian ambassador in the U.K. warned to expect a retaliation for the expulsion of the country’s diplomats.

“This is a really serious provocation,” he said.

Moscow has refused to comply with Britain's demands unless the government provided samples of the poison collected by investigators.

Skripal and his daughter remain in critical condition in a hospital in Salisbury, southwestern England more than a week after they were found collapsed on a bench.

European Council President Donald Tusk said Wednesday the attack was "most likely" inspired by Moscow and announced he would put the issue on the agenda at an EU leaders' summit next week.