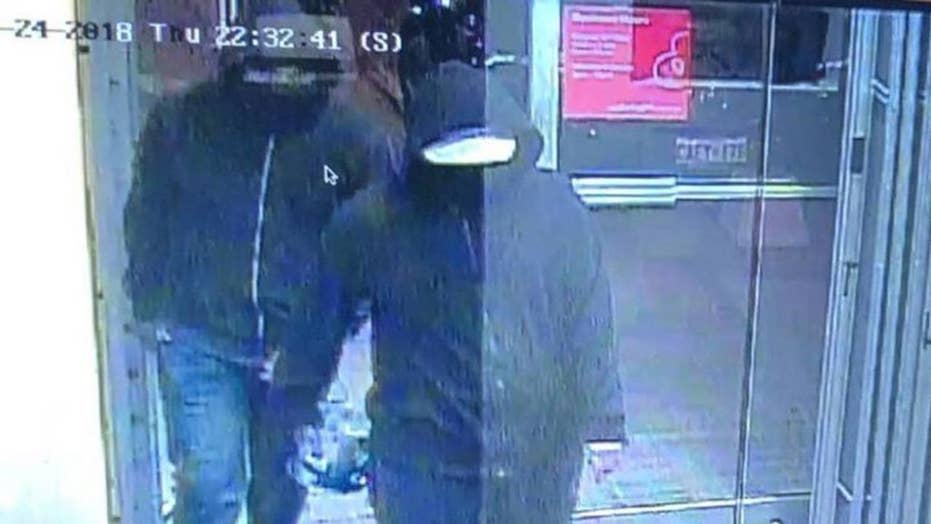 Two men suspected of setting off a homemade bomb in a suburban Toronto restaurant, injuring 15 people, three of them critically.

MISSISSAUGA, Ontario – Canadian police now say a woman may be one of two suspects they're seeking in an explosion last week that injured 15 people in an Indian restaurant west of Toronto.

Police previously said both suspects were men. But Peel regional police Supt. Rob Ryan said Tuesday new video evidence and witness interviews suggest at least one of the suspects could be a woman.

Investigators allege two people left an explosive device in the Mississauga, Ontario, restaurant and fled on foot before it detonated. They then jumped into an unidentified vehicle.

Police still don't know the motive. They are awaiting a forensic examination of the device, which they believe was homemade.

Fifteen of the approximately 30 people inside the restaurant were injured. All have since been released from hospital.