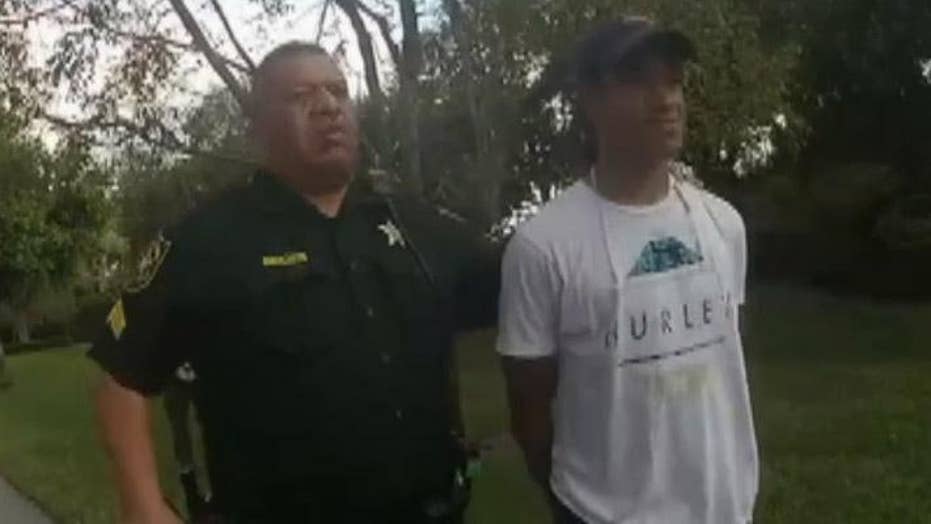 Police release bodycam footage of the arrest of Zachary Cruz

Zachary was taken into custody on Monday and accused of trespassing at the same high school in Parkland, Fla., authorities said.

Cruz, seen in the video with a backpack and wearing a white T-shirt and hat, told officers that he “just wanted to kinda take it all in.” Officials asked for his backpack to search, which he immediately gave them and said there was “a lot of extra clothes” in there.

18-year-old Zachary Cruz had reportedly been given warnings to stay away from Marjory Stoneman Douglas High School.

Officers initially told Cruz that they were going to issue him a trespass warning but he is seen later in the video appearing to be handcuffed and led to a police car. The officer with him is seen holding a skateboard.

Cruz was arrested after he "unlawfully entered the school grounds," the sheriff's office said.

According to the arrest report, Cruz wanted to “reflect on the school shooting and to soak it in.” Despite warnings not to go onto the school campus, officials said Cruz rode his skateboard throughout the property. The event was the third time he was caught trespassing, authorities said.

Cruz's bail was set at $500,000. His lawyer, Joseph Kimok, argued in court papers that the bond was excessive and that Cruz should be released from jail.