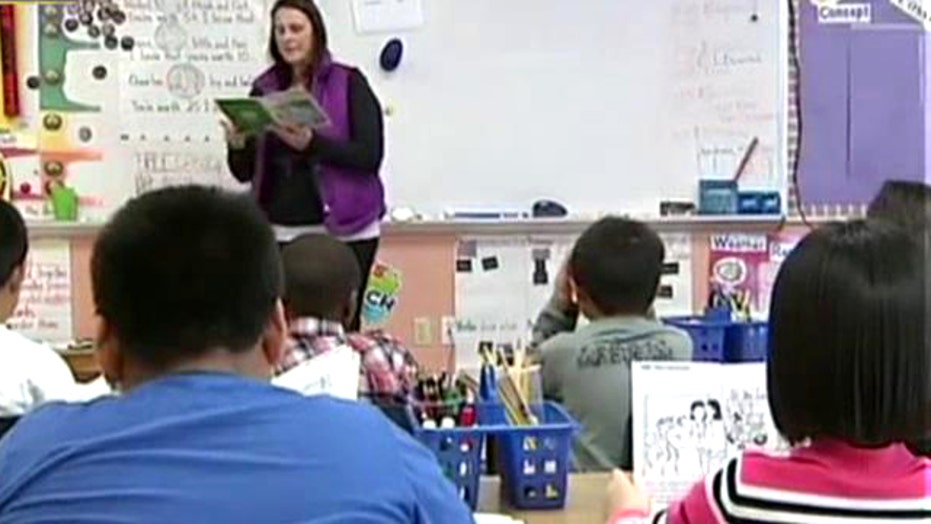 Last year I had a young girl in my office depressed over her romantic break up with another girl. As she cried, she said something peculiar -- she referred to her girlfriend as "it."

The "gender neutrality" movement is about eliminating the idea of boy and girl, man and woman -- and ultimately erasing our humanity.

"No, you don't," I said. "While you are here with me, in my doctor's office, you will not refer to yourself as 'it,' because the word 'it' implies that you are not human. And you, Sara, are a human being -- a girl with inherent worth, meaning, and human dignity."

Unfortunately, Sara had been taught the reverse, because our popular culture, and even now our schools, are propagandizing to encourage this sort of confusion. The so-called gender neutrality movement has never been about helping children with what we call gender dysphoria. It is about eliminating the idea of boy and girl, man and woman, and ultimately erasing our humanity.

No wonder the poor girl was depressed. She had been taught, in junior high school, that it was not only acceptable but cool to be "gender-fluid" to the point of no longer being a girl but an "it." Our schools that teach this push girls like Sara into dangerous psychological territory.

What we need to teach our children is what we used to call the facts of life -- and I mean real life, not ideological fantasies about gender neutrality. In real life, masculinity is wonderful, femininity is wonderful, a boy is a boy and a girl is a girl in every strand of their DNA; sex -- male and female, no "its" -- is a definite biological fact that goes far beyond genitalia. It is literally who we are -- men and women. That is how God -- or nature -- designed us.

As a pediatrician, I know as well as anyone that gender dysphoria is a serious issue; but it is also an issue that affects only 0.2 percent of Americans, and it is madness to try to increase that number by encouraging healthy, normal boys and girls to endlessly question whether they are actually boys or girls or even "its" -- to sow confusion where there is --and should be -- no confusion.

Any person who has experienced the love of a mother and a father understands the stark differences between male and female -- and children need both.

If your school is going down this path, you need to find an alternative -- whether it is a private school or a parochial school or homeschooling. If enough parents take responsibility, we can make our public schools pay attention by refusing them what they want most -- our children.

Dads have a special role in this -- a protective role. General William "Jerry" Boykin, the former commander of Delta Force, and an adjunct professor at an all-male college, Hampden-Sydney, made headlines recently by saying in a speech, touching on the "transgender" bathroom controversy, that "I will tell you what: the first man that walks in my daughter's bathroom, he ain't going to have to worry about surgery."

General Boykin meant to be humorous and colorful, but what he said is also, in a deeper sense, a fundamental truth: Parents, but fathers especially, have to protect their daughters. They can't just sit back and let their daughters be taught -- subjected to might be the better phrase -- the insanity of "gender neutrality" in school or in Target department stores or anywhere else.

Several years ago I wrote a book called "Strong Fathers, Strong Daughters." Men and women from across the world wrote to tell me: Thank you for telling the truth about fathers.

That truth is -- and the research proves this conclusively -- that children need their fathers involved in their lives. Children of all socioeconomic and racial groups benefit immensely when Dad is an involved parent.

As a mother of four, I'm all in favor of mothers, but any person who has experienced the love of a mother and a father understands the stark differences between male and female -- and children need both.

So come on, moms and dads, let's do our jobs and make sure our kids are taught the beautiful biological truth that there are boys and girls, men and women -- and no one is an "it."

Dr. Meg Meeker has practiced pediatrics and adolescent medicine for 30 years. She is the author of the online course, “The 12 Principles of Raising Great Kids.” She’s currently offering a free webinar called “Parenting Your Child in a Scary World.”