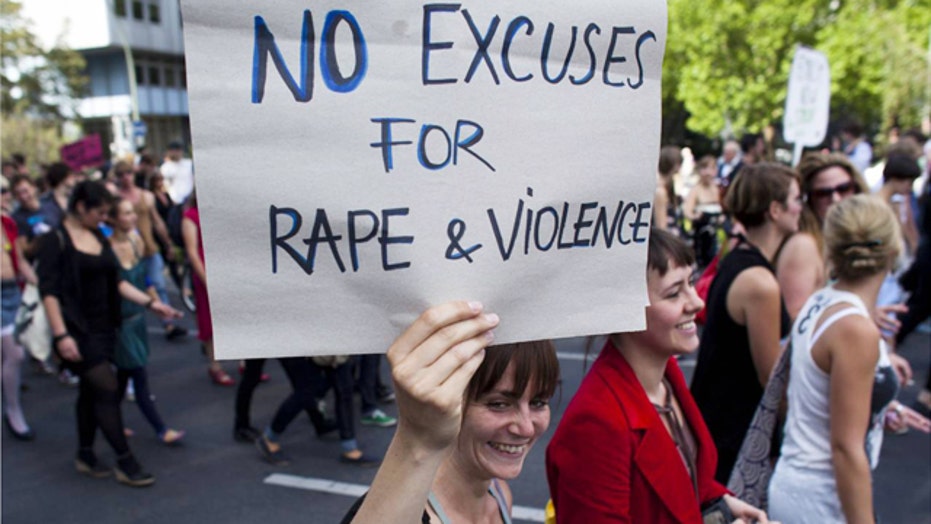 Judges across the country are saying “no” to the “yes means yes” standard of affirmative consent for date rape.

The legality of the standard – adopted on California and New York campuses by state legislatures and in effect on numerous other colleges throughout the country – is in question following a series of recent rulings that cite a lack of due process.

“These decisions are harbingers,” said John Banzhaf, a professor at George Washington University Law School and a public interest lawyer. “It does take time for new ideas to percolate through the system.”

Under the standard, the accused, typically a male, has to prove he obtained consent, even if neither party remembers what happened. The standard forces the accused to prove his innocence, rather than be proven guilty.

"No matter what the Department of Education or Department of Justice suggest, regardless of what a state’s statute provides, or what the University decides, the Constitution trumps it all"

Proponents of the “yes means yes” law claim it’s a necessary step to combat sexual assaults, which some studies suggest occur at a high frequency on campuses.

But judges in California, Tennessee and Virginia say it goes too far.

A student expelled from the University of California-San Diego had an “unfair” hearing, Superior Court Judge Joel M. Pressman ruled in July. The John Doe accused in the case said he was unable to cross-examine his accuser and other witnesses. He also said he was forced to submit questions to a hearing panel in advance, and many of his questions were then rejected. Pressman agreed this was a violation of his due process rights.

A student found guilty of sexual misconduct by the University of Tennessee because he couldn’t prove he obtained verbal consent had his verdict overturned by a Chancery Court judge on Aug. 4.

A student expelled from Washington and Lee University for alleged sexual misconduct will be allowed to continue with his gender bias lawsuit against the school, U.S. District Court Judge Norman Moon ruled on Aug. 8. In the lawsuit, a Title IX officer at the school is quoted during a presentation she gave to the woman who later accused John Doe. The Title IX officer is alleged to have said “regret equals rape” and “went on to state her belief that this point was a new idea everyone, herself included, is starting to agree with.” Shortly thereafter, an allegation of misconduct was launched against John Doe. The Title IX officer played a significant role in the investigatory process.

A right to due process at state universities may seem like a novel concept, but Banzhaf said the fourth amendment protection was never intended to apply solely to the court system.

The Supreme Court somewhat settled the due process question in its 1976 Mathews vs. Eldrige decision, a case cited by Chancellor Carol L. McCoy in the University of Tennessee decision.

“The fundamental requirement of due process is the opportunity to be heard ‘at a meaningful time and in a meaningful manner,’” McCoy wrote. “Due process is flexible and calls for such procedural protections as the particular situation demands.”

The University of Tennessee announced on Monday that it would implement a new sexual misconduct policy, to take effect on Aug. 19. The changes reportedly involve “easy-to-read” mandatory reporting charts and making prohibited conduct “front and center” in training manuals. Nothing about expanded due process is noted.

That could change, however.

The American Bar Association on Aug. 4 adopted three resolutions focusing on campus assaults and gender-based violence. Some of the language includes “assuring that the rights of those accused of such acts are recognized, respected and protected.”

These protections for the accused are vital from both a fairness perspective and a financial outlook, Banzhaf said. Not only can universities be sued by those accused of assaults whose due process rights may have been violated, Banzhaf added, but administrators can also be sued and possibly held individually liable.

“Colleges who are smart are going to look at these cases and say maybe we should start thinking about this when we craft our policies,” he said.