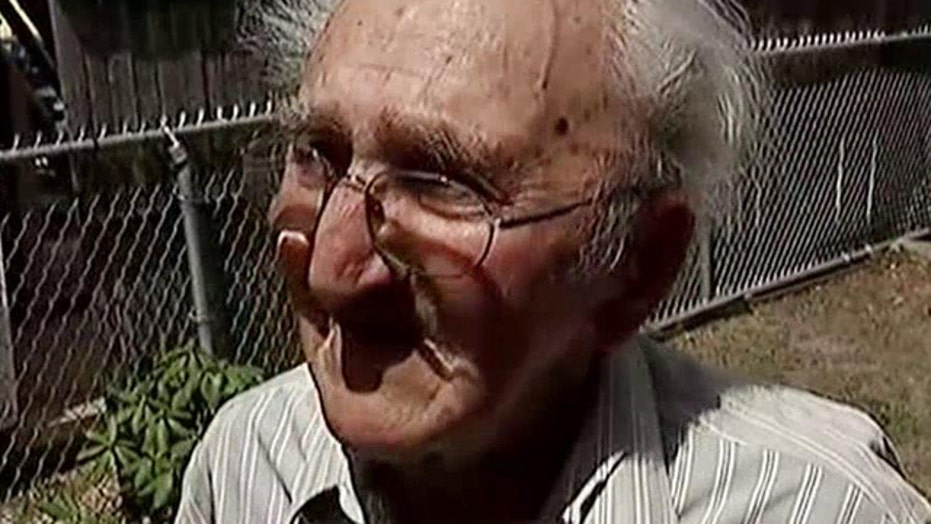 Arthur Kamberis was leaving a pharmacy on Saturday when a man approached and reached for his wallet, which was in a zippered pocket. Kamberis started to fight him off and hit him several times with his cane. A passer-by helped Kamberis, and the attacker fled.

Kamberis wasn't hurt, and the good Samaritan drove him home.

Kamberis told WMUR-TV, "I had my credit card, my license, my grandchildren's pictures in there and all sorts of stuff it would have been wicked for me to replace."

Police are still searching for the man and are circulating a surveillance photo.