Emotional testimony is expected Monday when the wife of a seriously wounded soldier takes the stand during the sentencing hearing for Army Sgt. Bowe Bergdahl.

Prosecutors told a judge that they intend to call Shannon Allen to the stand to discuss a traumatic brain injury suffered by her husband when he was shot during a search mission for Bergdahl after he walked off his post in Afghanistan in 2009.

National Guard Master Sgt. Mark Allen was on a mission with other U.S and Afghan troops to gather information in two villages in July 2009 when they were ambushed by insurgents using small arms, machine guns and rocket propelled grenades.

Allen was attempting to make a radio call when he was shot near the temple. He suffered a traumatic brain injury that left him unable to speak, in need of a wheelchair and dependent on assistance for such everyday tasks as getting out of bed.

"I wish [Bergdahl] no ill will. I am glad he is no longer a prisoner... People lost their lives - even Mark, who no longer has the life he had before. I just think [Bergdahl] needs to face the consequences. He still needs to be held accountable for what he did," she told The Walton Tribune a few years ago. 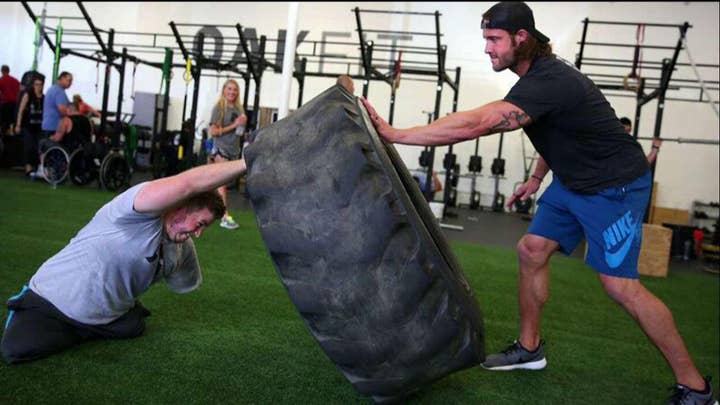 Shannon Allen has declined interview requests, but the toll on her was evident the day Bergdahl pleaded guilty, as she sat weeping in the courtroom. She is one of the final prosecution witnesses before the defense presents their own.

Bergdahl has pleaded guilty to desertion and misbehavior before the enemy. He faces up to life in prison. Prosecutors are using wounds to several service members who searched for Bergdahl as evidence to convince the judge that he deserves a stiff punishment. The sentencing hearing started last week.

While Bergdahl acknowledged at his plea hearing that his actions triggered the search missions that resulted in the wounds, his lawyers argue there's a limit to his responsibility for a lengthy chain of events that includes decisions by the U.S. military commanders who led the searches as well as enemy attacks.

Bergdahl, who suffered five years as captive of Taliban allies after abandoning his remote post in 2009, made no deal with prosecutors to limit his punishment, so the judge has wide leeway to determine his sentence.

The 31-year-old soldier from Hailey, Idaho, has said he was caged by his captors, kept in darkness and beaten. He said he tried to escape more than a dozen times before President Barack Obama brought him home in 2014 in a swap for five Taliban prisoners at Guantanamo Bay.