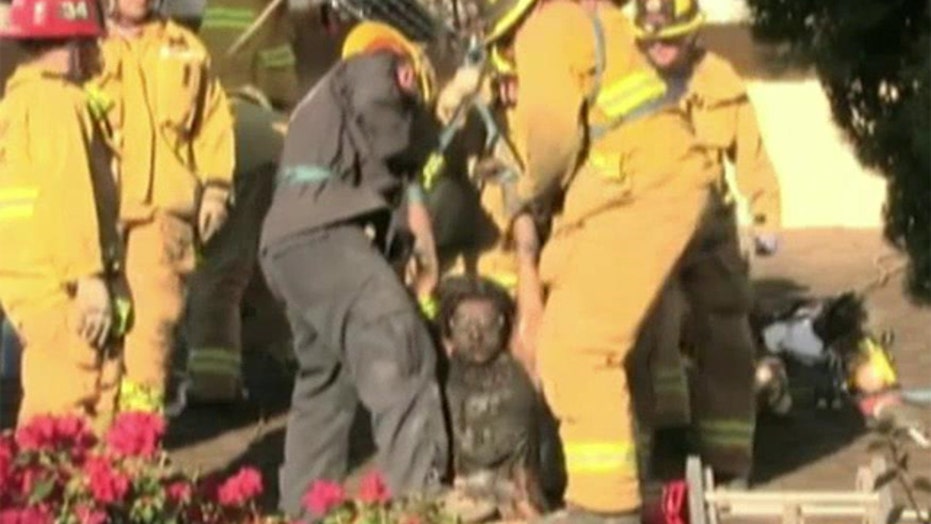 Woman tries to break-into house through chimney, gets stuck

A woman attempting to break into a California home through the chimney was arrested after she got stuck inside, police said.

Residents on Woodside Drive in Thousand Oaks called police around 5:45 a.m. Sunday to report the sound of a woman crying in the area, MyFoxLA.com reported.

Ventura County fire Capt. Ron Oatman said firefighters responding to neighbors' reports had to chisel away much of the chimney and lubricate it with dish soap to free 30-year-old Genoveva Nunez-Figueroa.

Police said Nunez-Figueroa knows the owner of the home, who wasn't there. They wouldn't elaborate.

She had no clear injuries, but was taken to a hospital for evaluation. Police didn't know if she'd hired an attorney, and no phone listing for her could be found.

Oatman said firefighters destroyed the chimney and damaged the roof.

Nunez-Figueroa was arrested on suspicion of illegal entry and giving false information to police.