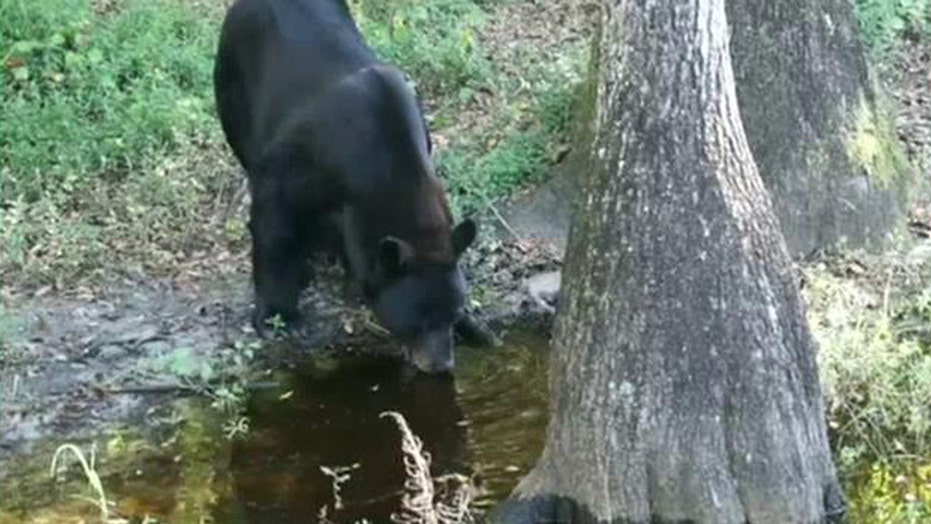 HAGERSTOWN, Md. – A 63-year-old woman mauled by a black bear in Maryland's first such attack in decades tried to fight off the animal before deciding it would be safer to lie still, her husband said Thursday at the hospital where she's recovering.

"She said she punched him in the face a couple times," Ronald Osborne said. "She's a tough babe."

He said Karen Osborne used her cellphone to call 911 after she was attacked Wednesday night in the driveway of their daughter's rural home near Frederick, about 45 miles west of Baltimore.

She was listed in good condition with a broken left arm and bite wounds on her head and torso that required more than 70 stitches, her husband said. He said she was in a lot of pain and didn't want to be interviewed.

Paul Peditto, director of the DNR's Wildlife and Heritage Service, said it was the state's first recorded bear attack on a human in at least 81 years. He said the agency had captured and tagged the same bear last summer after she got into a chicken coop.

The Osbornes live next door to their daughter's family in the Catoctin Mountains near Gambrill State Park. Ronald Osborne said Karen had gone outside with their leashed dog at about 9 p.m. to investigate constant barking from their daughter's dog.

Peditto said the barking dog had apparently treed at least one of the bear's three cubs. "And then when she saw another dog probably close to, or between, her and the cubs, she went into what we call a defensive attack," he said.

He said the cubs, nearly a year old, can survive without their mother.

"She's been in the area forever. We all kind of love her," she said. "We're all very sad that this had to happen this way."

The state's growing bear population, estimated at more than 1,000 in 2011, prompted the state to expand hunting this year to Frederick County, where the attack occurred. Maryland ended a 51-year moratorium on bear hunting in 2004.