Raw video: Fox News Correspondent Matt Finn attempts to ask Penelope 'Penny' Hawthorne questions before she turns herself in to authorities over charges of misdemeanor assault for spitting on an off-duty police officer.

A 20-year-old woman accused of spitting on an off-duty police officer was sentenced to 25 hours of community service.

Penny Hawthorne, of Oak Park, Ill., allegedly shouted "vulgarities" at the officer on May 23 then spit on his left cheek during a public demonstration at Chicago’s city hall, Chicago Police spokesman Officer Patrick McGinnis said.

WOMAN ACCUSED OF SPITTING ON CHICAGO POLICE OFFICER TURNS HERSELF IN

“The officer was participating in a peaceful demonstration inside the City Hall building while off duty and not in uniform when Hawthorne spit in his face after shouting vulgarities at him,” McGinnis said in an email to the Chicago Tribune. 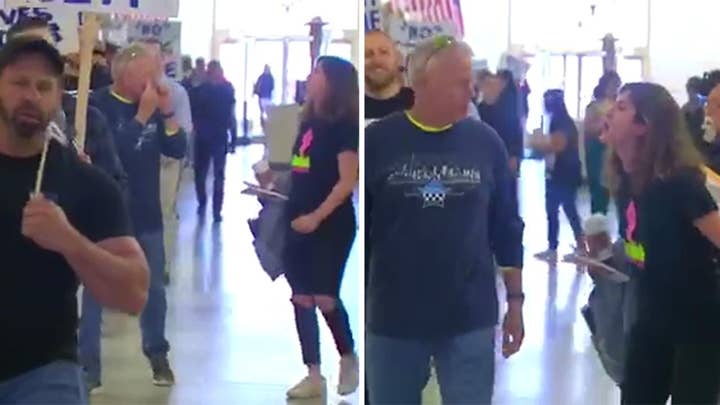 Weeks after the incident, Hawthorne surrendered to Area Central detectives following a warrant issued for her arrest. She was arrested and charged with misdemeanor battery, and ultimately agreed to community service.

Fox News caught up with Hawthorne as she turned herself in to police.

When asked if she stands by her decision to spit at the cop or would like to offer an apology, Hawthorne had no comment.

EDITOR’S NOTE: A previous version of this report stated Penny Hawthorne accepted a plea deal, based on information from court officials. Hawthorne’s attorney tells Fox News that Hawthorne agreed to deferred prosecution in exchange for 25 hours of community service.