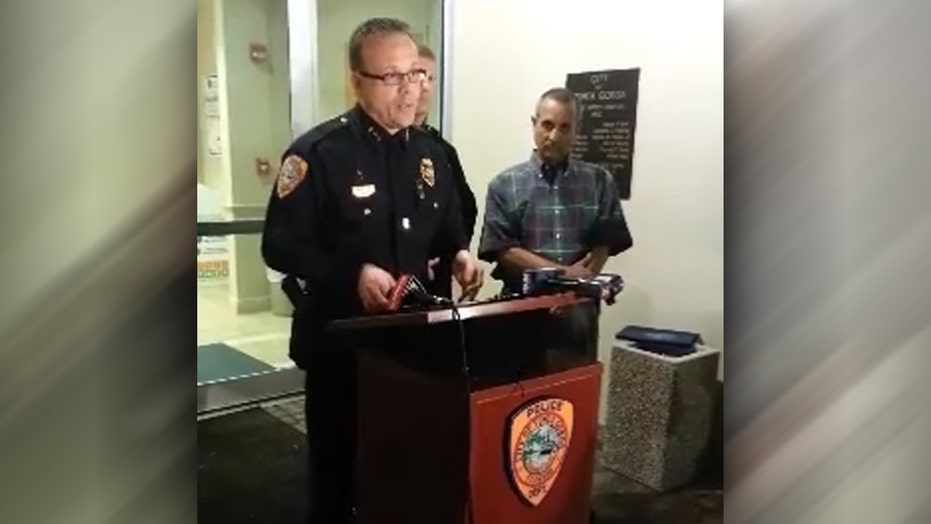 A 73-year-old Florida woman taking part in a citizen police academy was shot multiple times with a revolver and killed by a police officer during a "shoot/don't shoot" role-playing exercise Tuesday, authorities said.

Mary Knowlton volunteered for the demonstration and was assigned the role of "victim," according to a Charlotte Sun photographer who covered the event. The officer who shot her was playing the "bad guy," though it's unclear why the officer's gun contained live rounds or how and where Knowlton was shot.

"We were unaware that any live ammunition was available to the officer at the time,"said Punta Gorda police Chief Tom Lewis, who also confirmed the weapon used was known to be an "actual firearm."

Lewis called the shooting an accident and said the scenario occurred during an exercise in which authorities use simulated lethal force in a live scenario, according to WBBH-TV. He said a number of department personnel were present during the demo, including Lewis.

"It's just a horrific time for all of us," Lewis said during a Wednesday afternoon news conference.

Knowlton, a mom, wife and career librarian, was originally from Minnesota but moved to Punta Gorda recently with her husband, The Washington Post reported.

She was taken to Lee Memorial Hospital and later pronounced dead.

The Florida Department of Law Enforcement is investigating the incident and the officer involved in the shooting has been placed on leave. The officer was not identified.