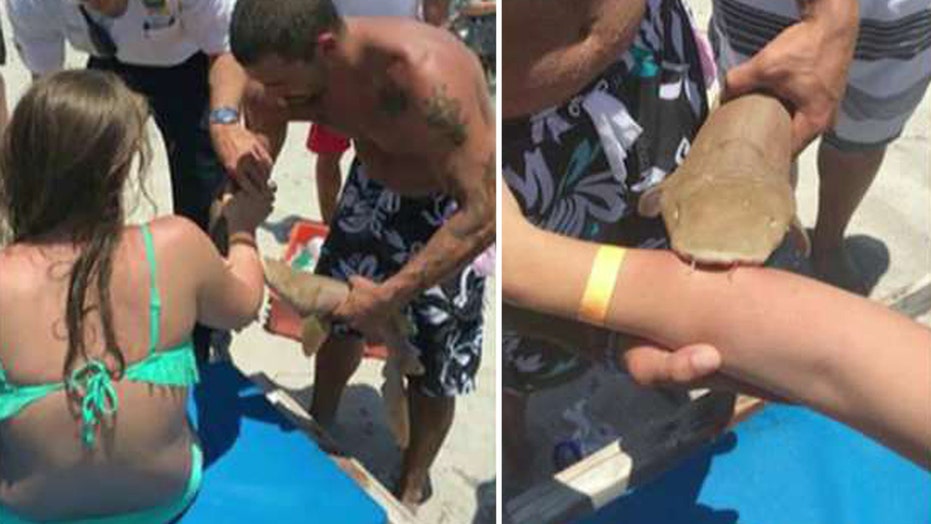 A woman bitten on the arm by a shark during a swim in Florida on Sunday showed up to the hospital with some company – the shark still attached to her arm.

A bystander on the beach killed the 2-foot nurse shark, but when she was admitted, the 23-year-old woman still had the toothy fish lodged in her arm.

The Boca Raton Regional Hospital operator told the Associated Press that the woman had been treated and was in the process of being released Sunday afternoon.

Nurse sharks are rarely unprovoked threats to humans, according to the National Parks Service. The fish have razor-sharp teeth and will often latch on to humans they bite for several minutes before letting go. Because of the size of their teeth, however, nurse sharks do not generally penetrate deeply into an individual’s flesh.