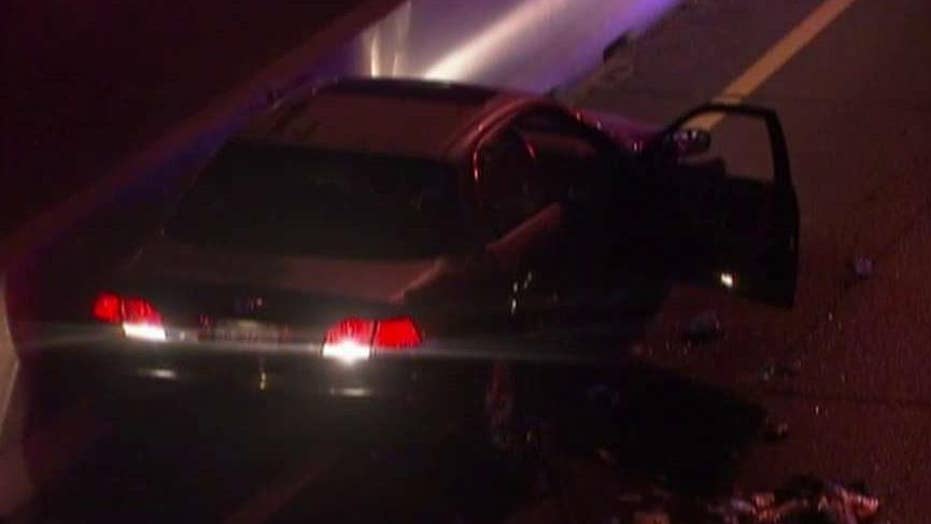 Phoenix driver shot while on phone with 911

PHOENIX – A woman who was fatally shot on a Phoenix freeway made nervous pleas for help to a 911 operator as she was chased by three men in a pickup truck.

A transcript of Dinya Farmer's call to the 911 operator was released by police Monday, nearly two weeks after the 49-year-old was attacked while driving on State Route 51.

Farmer died at a hospital after she crashed into a freeway median on Sept. 7. No arrests have been made in her death.

Police are trying to determine the motive behind the attack. Investigators have said the circumstances of the shooting don't point to random violence or a traffic dispute.

Farmer gave the 911 operator a description of the truck, said she was nervous and asked, "What should I do?"

She said the men tried to approach her earlier and that they kept following her on the freeways.

Finally, she said, "They're right next to me."

The transcript said a noise could be heard on the phone.

The operator asked repeatedly, "Ma'am, are you there?"

Police said 911 operators could hear gunshots before the call was disconnected.

The truck was described as having a ladder rack and a tool box.