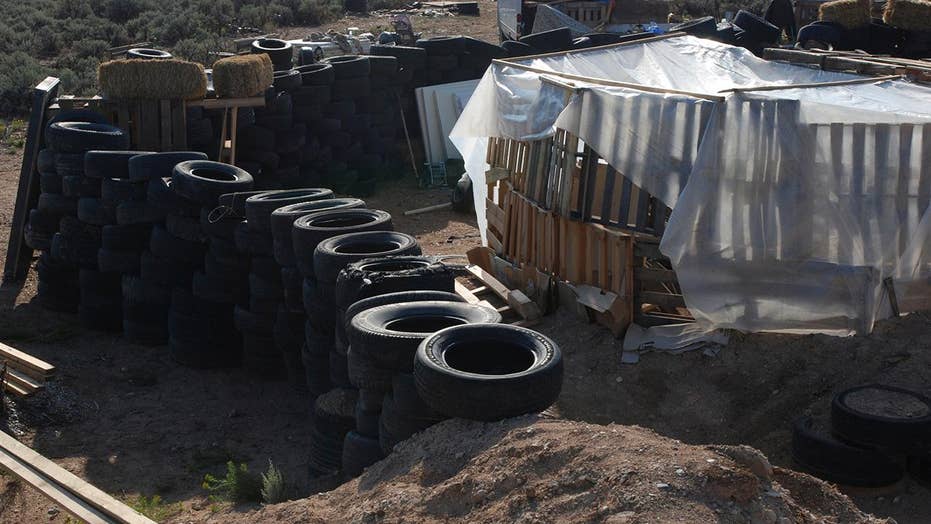 Judge rules 'extremist' compound suspects are not a threat

Judge sets $20,000 bond for each defendant after saying prosecutors failed to articulate any specific threats to the community.

Jany Leveille, one of the five suspects arrested at the "extremist Muslim" compound in northern New Mexico, has been transferred to the custody of U.S. Citizenship and Immigration Services (USCIS), Taos County Sheriff Jerry Hogrefe said Tuesday.

The remaining detainees are currently still in custody, the sheriff said.

Siraj Wahhaj, 40 , another suspect from the compound, is being held on an outstanding warrant from Georgia, Hogrefe said, while the three others allegedly involved - Lucas Morten, Hujrah Wahhaj and Subhannah Wahhaj - are still incarcerated pending the fulfillment of their release conditions.

The defendants were arrested and 11 children were taken into custody during a raid Aug. 4 on the compound near the Colorado state line.

News of Leveille's transfer comes a day after a judge ruled against the request of prosecutors to keep the five suspects imprisoned. Judge Sarah Backus said although she was concerned by "troubling facts," prosecutors failed to articulate any specific threats to the community.

She set a $20,000 bond for each defendant and ordered that they wear ankle monitors and have weekly contact with their attorneys.

The children discovered at the compound earlier this month were both trained to use firearms and taught multiple tactical techniques in order to kill teachers, law enforcement and other institutions they found corrupt, state prosecutors said on Monday.

3-year-old Abdul-ghani Wahhaj, who had been missing since December, allegedly died amid a ritualistic religious ceremony held on the grounds in an effort to “cast out demonic spirits,” Reuters reported.

“It was a religious ritual carried out... a ritual intended to cast out demonic spirits from Abdul-ghani Wahhaj,” Taos County Prosecutor John Lovelace said.

Public defenders argued the boy's father was trying to heal the child by reading passages from the Koran but prosecutors claimed he was denying the boy medication. One of the children taken into custody claimed that the boy had died in February.