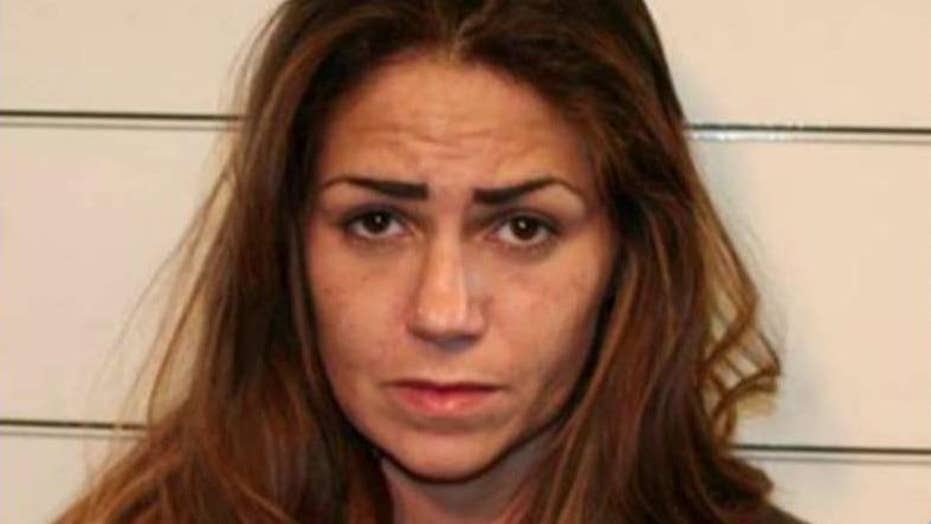 Woman leads police on wild chase with toddler in car

Newly-released dashcam video showed police chasing a driver on the streets and sidewalks of an Ohio neighborhood, with officers ending the pursuit after they learned a child was in the minivan with the woman, who remains on the loose.

Police also said 33-year-old Erica Barreiro-Rapp jumped out of a hotel's first-floor window to escape the law, again with the child in tow.

She reportedly appeared in court in Springdale, Ohio last week on minor charges when she learned of felony warrants in Kentucky for her arrest on weapons and heroin charges. That's when police said she bolted.

Officers followed her brown Honda Odyssey through the neighborhood as it ran off the road and sped through several yards, even running a red light where a school bus was crossing.

Soon afterwards, as officers learned a child was in the minivan, they called off the chase. “We’re consistently trying to assess the risk to the public as opposed to immediately apprehend,” Lt. Michael Ott told WLWT.

Police said she hid in a motel room in nearby Fairfield, but when the stranger who let her in learned she was on the run, he threatened to call police. They said she took off again with the child, who at this point had no shoes on.

Springdale is about 15 miles north of Cincinnati.