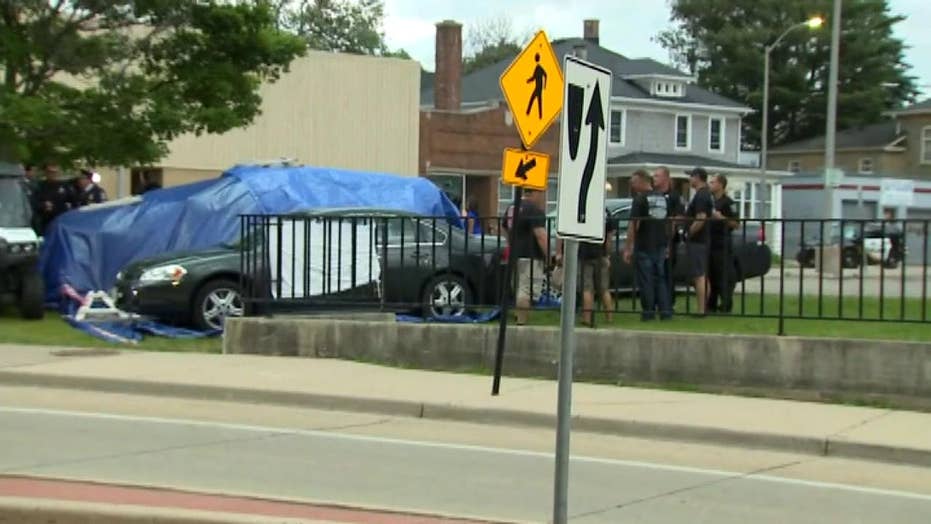 Suspect arrested in the killing of a Racine, Wisc., police officer

Officer John Hetland was shot while attempting to intervene during a robbery at a local bar. Fox6 Milwaukee's Bill Miston reports.

Police on Thursday arrested a suspect in the fatal shooting of Racine, Wisc., Officer John Hetland on June 17.

The officer, a 24-year veteran of the department, was at a local tavern when a robber "went behind the bar and demanded money and wielded a gun," according to Kenosha County Sherrif David Beth.

Hetland jumped behind the bar to tackle the suspect but was fatally shot by the man, who then fled.

Police released photos of the suspect, who was wearing all black and a mask covering his mouth, and authorities were offering a reward of $78,000 for information leading to Hetland's killer.

Suspect believed to have shot and killed Officer John Hetland during an attempted robbery at a local bar.

Hetland was also a board member on the Wisconsin Professional Police Association (WPPA) and the father of two children.