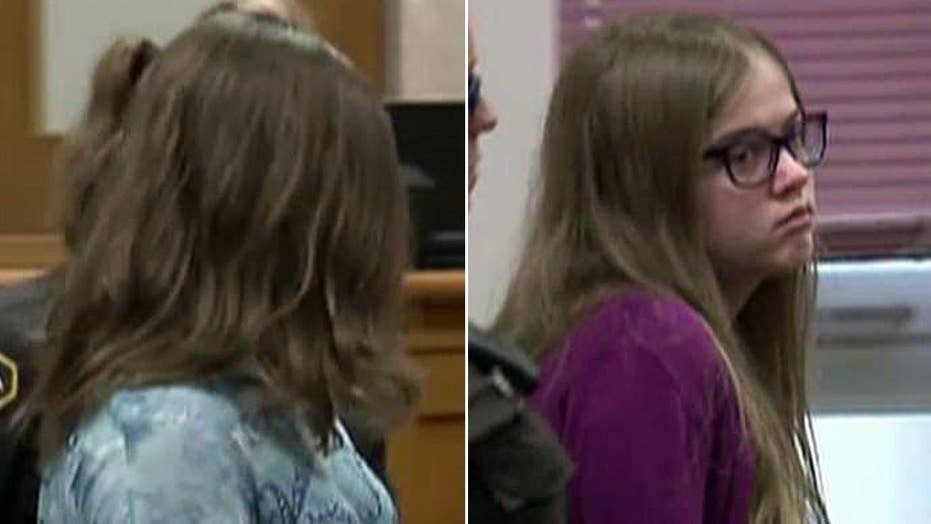 Defense attorneys say the teens are not dangerous, should be released into families' custody while they await trial

A Waukesha County, Wis., judge Monday separated the trials of Morgan Geyser and Anissa Weier. They will be tried separately -- and it is estimated their cases are to be called in spring 2017.

This complex case stems from May 2014 when the then-12-year-old girls allegedly stabbed their friend 19 times to please the internet horror character Slender Man. Both Morgan Geyser and Anissa Weier are 15 years old now. They've pleaded not guilty in adult court to attempted homicide charges by reason of mental disease.

Geyser is growing up in institutions, including the prison system. She has been diagnosed with early onset schizophrenia. On Monday, Geyser's attorneys asked that her confession be thrown out, and that the trial be held in a county other than Waukesha due to all the publicity. They also asked that the girls have separate trials.

On May 14, 2014, Paul Renkis was a Waukesha County Sheriff's lieutenant who responded to the crime scene. A little girl had been stabbed in a wooded area multiple times.

In court Monday, the retired officer talked about how Geyser confessed. He said he read Miranda rights to the girl -- and she waived them, agreeing to talk more about what happened.

"I asked her where the blood came from. She told me she was forced to stab her best friend to death," Renkis said.

"She told me she had a sleepover and she and another girl stabbed a girl and they were forced to stab her," Renkis said.

A detective who interviewed Geyser on videotape said he had spoken with Geyser's parents and asked Geyser if she understood her rights, but did not re-read her Miranda rights again.