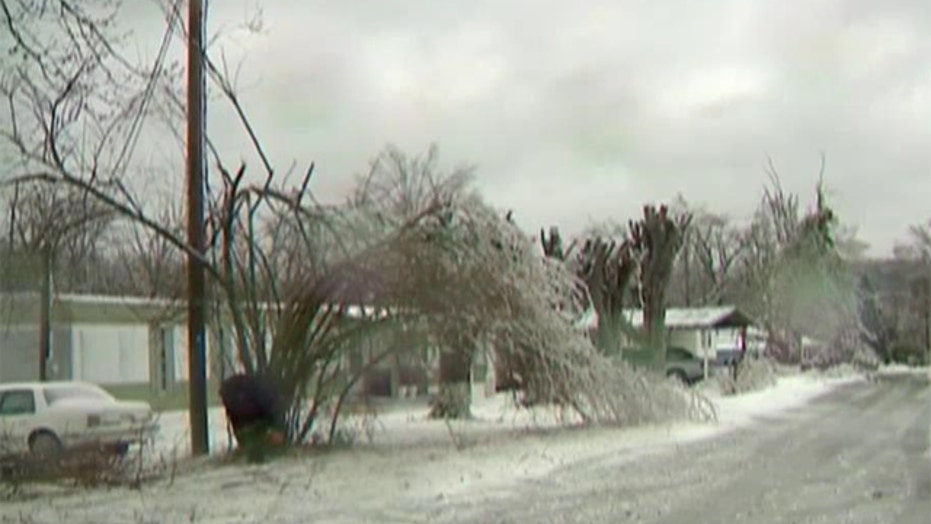 State of emergency called in Tennessee due to snow, ice

Icy weather moving across the Southern U.S. Monday has been blamed for at least one death, as slippery roads have led to dozens of crashes in Texas, while weather warnings and advisories are in effect for many states.

In Carrollton, Texas, one driver died when their vehicle slammed into the back of a semi-truck trailer, KDFW reports.

Icy roads caused another 18-wheeler to hit a concrete barrier and spill fuel along Interstate 30.

The North Texas Tollway Authority said their agency has had around 96 sand and salt trucks out on the roads since Sunday evening.

The treacherous roads prompted at least a daylong delay in the trial of the former Marine accused of fatally shooting former Navy SEAL Chris Kyle.

Dallas police responded to a total of 54 major freeway crashes involving injuries, 33 major wrecks on surface streets and 47 fender-bends, according to the Dallas Morning News.

In the afternoon, freezing rain is forecasted for parts of Arkansas and Mississippi, WHBQ reports.

The storm system will kick off a period of snow showers over Atlanta overnight Monday, leaving up to 1-3 inches in parts of the metro area, according to MyFoxAtlanta.com.

Meanwhile, school districts across the South closed or were operating on delays due to the weather.

Icy conditions have also forced the cancellations of more than 1,500 flights, according to the flight-tracking website FlightAware.