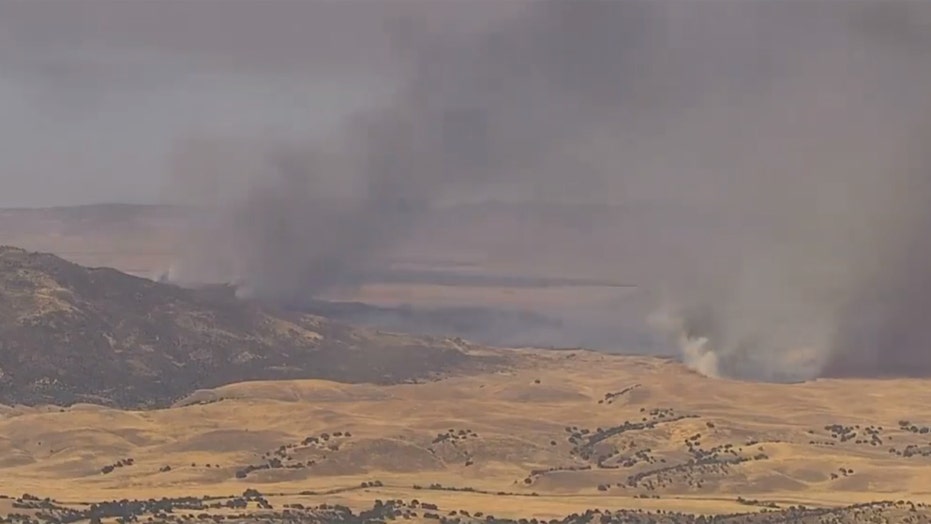 Evacuations were ordered in one California community after a wildfire broke out Tuesday, as firefighters continue to battle blazes elsewhere in the state.

CAL Fire said the Branch Fire has burned at least 3,022 acres in San Luis Obispo County and is only 50 percent contained as of Wednesday morning.

The San Luis Obispo County Sheriff’s Office said several areas near the fire have been evacuated.

Cal Fire said as of Wednesday morning, two structures and 10 outbuildings have been destroyed. Highway 58, however, remains open.

The Branch Fire began on Tuesday and has destroyed two structures so far. (ALERTWildfire via Storyful)

The cause of the fire was still being investigated.

In the northern part of the state, firefighters gained ground on a large wildfire, but weather conditions were less favorable on Wednesday.

In southern Lassen County, the nearly 15-square-mile Hog Fire west of Susanville was 75 percent contained as of Wednesday morning.

Logging slash and heavy fuels continue to burn and smolder within the perimeter, and authorities said warm and breezy conditions could increase the risk of fire activity, but all evacuation orders have been lifted.

Another blaze, the 34-square-mile Gold Fire in northern Lassen County, was 70 percent contained on Wednesday.

That fire has been burning since July 20 in an area of private homes, ranches, and commercial operations.

Three areas remain under evacuation orders and evacuation warnings are in effect for a wider area.

A drier air mass in the area and returning heat may impact efforts to get the blaze under control.