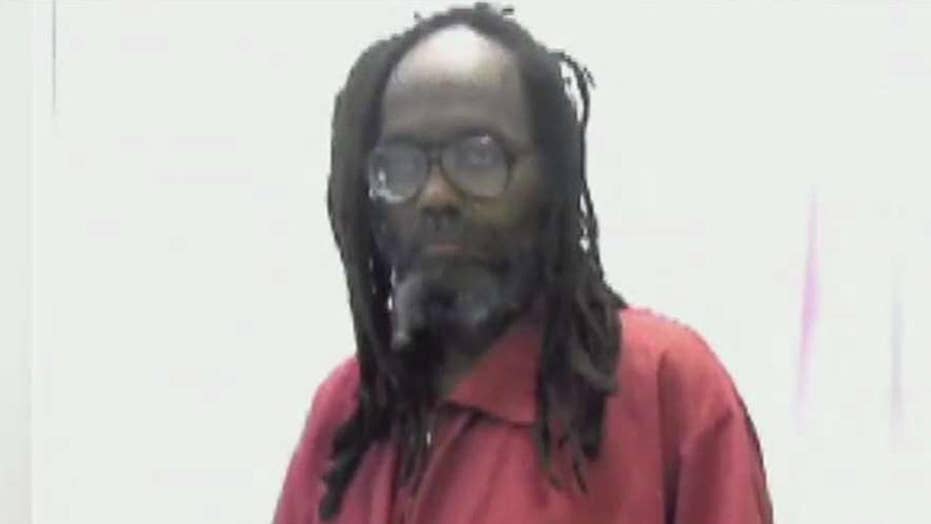 Mumia Abu-Jamal, convicted of killing police officer Daniel Faulkner, has been granted a right of appeal.

The widow of a Philadelphia police officer who was gunned down 37 years ago in the line of duty is "outraged" over a judge's decision last week to grant her husband's killer a chance to appeal his conviction.

On Thursday, Judge Leon Tucker granted Mumia Abu-Jamal another opportunity to appeal his 1981 conviction in the death of Philadelphia Police Officer Daniel Faulkner. Abu-Jamal spent three decades on death row before his sentence in the shooting death of Faulkner was thrown out over flawed jury instructions.

Prosecutors agreed to a sentence of life without parole, and Abu-Jamal's final appeal was rejected by the Pennsylvania Supreme Court in 2012. However, the judge ruled on Thursday that former Justice Ronald Castille should have recused himself because of statements he made as a prosecutor about police killers that suggest potential bias.

"I'm absolutely outraged with Leon Tucker. Tucker has no merit on this judgment. [Castille] had nothing to say about Mumia Abu-Jamal, he had no prejudice," said Maureen Faulker in an exclusive interview on "Fox and Friends" Sunday. "This is going to open the door for so many murderers to be able to do this and appeal this."

During a routine traffic stop on a vehicle belonging to Abu-Jamal's younger brother, William Cook, Officer Faulkner got into a physical confrontation with Cook. Abu-Jamal was in the vicinity and observed the fight, ran over and shot Faulkner in the back and, later, in the face.

Faulker, who noted that she has traveled back and forth from her home state of California numerous times in this case, also said she hopes that Philadelphia District Attorney Larry Krasner will appeal this decision.

"Mumia Abu-Jamal shot my husband between the eyes, he executed my husband," Faulker said. "I'm never going to let this go. All over the country, they're reducing sentences on murderers, they're allowing them out of prison, and it's wrong. It's so wrong."

The Philadelphia district attorney told the Associated Press that the latest decision is being reviewed.

The police officer's widow had a message for the judge who issued the new ruling.

"To Judge Leon Tucker: I hope you can sleep at night with the decision you made, because you know it was not the right one," she said.

The case against Abu-Jamal, a political activist and journalist, has received international attention among death-penalty opponents and criminal justice reform advocates.