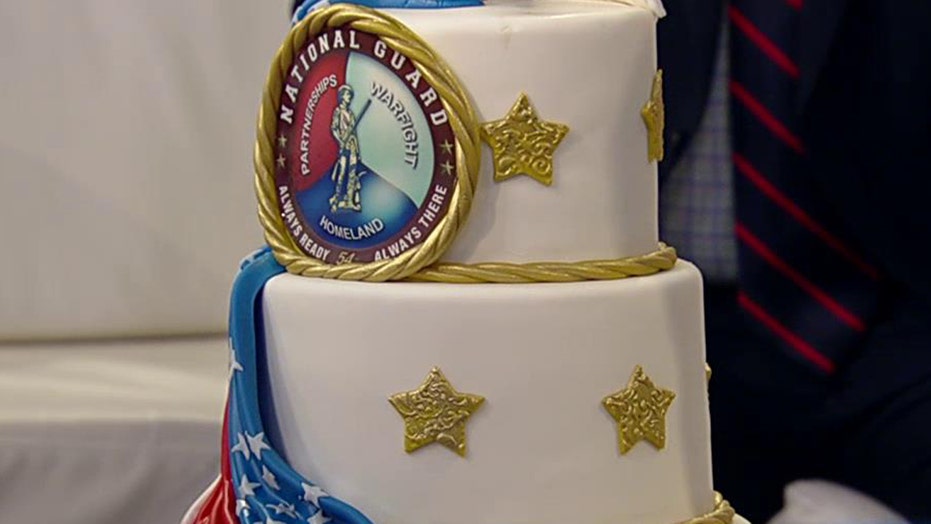 The Minnesota National Guard is experiencing a suicide crisis, and communities and experts are scrambling to figure out why.

For family members left behind, there is soul-crushing sorrow and, as in all suicides, the haunting question: Could I have done more?

The Minnesota guard is the 10th largest state guard by size, but second to only one other state’s guard — Pennsylvania — in the number of suicides. Minnesota has experienced 27 National Guard suicides in the last five years. Twenty-seven members of the larger community are all dead by their own hand, after their willingness to serve and defend this nation. What is going on?

It is possible that changes in recordkeeping have driven the numbers higher, Minnesota Guard leaders told the Minneapolis Star Tribune. Also, there can be a “contagion effect,” where suicide is somehow regarded as more acceptable the more it happens.

“With each suicide, you have an increased risk pool of suicide,” Melissa Heinen, suicide prevention coordinator for the Minnesota Department of Health, told the Star Tribune. “The more suicides you have, the more that becomes a more normalized option.”

"We have a really good National Guard — they are deployed more often than what our state's obligation is. I'm not sure why that is," Paul Riedner, executive director of Minnesota's Veteran Resilience Project, told LifeZette. "That has something to do with it."

Suicides among the National Guard is a complex issue with no easy answers. Enlisted men and women often come home very changed people. They may suffer from PTSD, from a myriad of physical challenges, and from "moral injury" — having to make decisions on the battlefield that test their moral code. In the National Guard, military service is limited to several days a month, and the rest of the month service members  may find themselves isolated from their communities and their families by their own unique combat experiences, their own issues — and a lack of community outreach.

"Being in the military used to be so valued back in the two world wars. Servicemen were really heroes," said one veteran in his early 80s from Reading, Massachusetts. "Now, people are too busy to think about veterans other than in passing, or when they actually see one. Even the numbers at Veteran's Day parades around the country have dwindled. Can you imagine — not having an hour to attend a parade?"

Why the North Star State is dealing with such a high rate of suicide among National Guard members is a multi-layered and pressing question, but the nexus seems to be a community's relationship, or lack thereof, with its veterans and service members.

"The situation where the National Guard is isolated from the community is a dangerous one, and that is the situation in Minnesota — and other areas, too," said Riedner. "Any time you isolate one unit or element from the larger system — that isn't good."

Major Ron Jarvi, program manager of the Minnesota National Guard Resilience, Risk Reduction, and Suicide Prevention Office, corroborated this. "We see our soldiers two days out of the month, but the community, the churches, their employers — they get to see them the other 28 days out of the month," he told the Star Tribune.

Fewer than half the Minnesota National Guard members who committed suicide were ever deployed — or ever saw combat.

"It is surprising, and presents a better picture of how complex the situation is," said Riedner of that statistic.

The military's presence may also not be felt among Minnesota communities.

"The veteran population in Minnesota is not like where I served in Virginia. There, all you see are Navy, Army, Marine, and Air Force uniforms, all day, every day. There is no ignoring or pretending that we're not at war," said Riedner. "In Minnesota and a lot of other places, however, when you have a National Guard that only trains those two days a month, and then they're back in the civilian population again, there's a disconnect."

He continued, "It's hard when there is no visual evidence of war. It was disturbing to me that I could come back home from the desert, and it was like nothing ever happened. It's the idea that nobody cares, which is a false belief, but I felt it. It's not that soldiers worry if anyone cares — we don't serve to get recognition — but that means we're doing our best to deal with it on our own."

The way we categorize vets and their challenges needs to change, said Reidner. We need to broaden our concerns from just the mental health of the nation's veterans to their spiritual health and social health, and examine how they are fitting in to our communities. This "whole person" consideration is so vital, he said, that he rarely thinks of veteran’s issues as mental health-related.

Shame and guilt also play a role in a veteran's thinking. These hidden emotions are difficult for the community at large to recognize and understand.

Riedner offered the scenario of an enlisted person's experience of a convoy hit by a roadside bomb. The service member wonders if he could have done more to save lives. Or perhaps the service member made a serious but honest mistake, with devastating consequences.

"Shame tells us we are not worthy of love and connection to others. It's very damaging when we already feel different and isolated," said Riedner. "You come back to a population that doesn't understand what you've been through — and all you've learned. It's a hard divide to bridge."

He stressed his appreciation of the community at large. "I don't want to be hard on the community. [People] do care, but they don't know how to show it. How do you approach a veteran? Most people don't have experience with this. But Minnesota is full of caring people."

Communities can change the way they look at veterans and active military — and act on that change.

"Most people assume, 'We have a [Veterans Affairs] system to take care of those who go to war. It's their responsibility,'" said Reidner. "But the VA can't do everything, and it has its own issues."

The Veteran Resilience Project is dedicated to helping Minnesota veterans connect with their communities, share with each other the tools that help with healing, and gain access to therapies like EMDR (Eye Movement Desensitization and Reprocessing). That therapy has been effective in the treatment of PTSD but is not actively promoted by the VA.

For those of us who are not veterans or active military, we need to accept our shared responsibility of taking care of those who take care of us — at great personal cost.

"We have neighbors, cousins, dads, moms, that we've sent to war, and war is a collective decision. We sent them, so we need to be there when they return," said Riedner. "There needs to be community accountability."