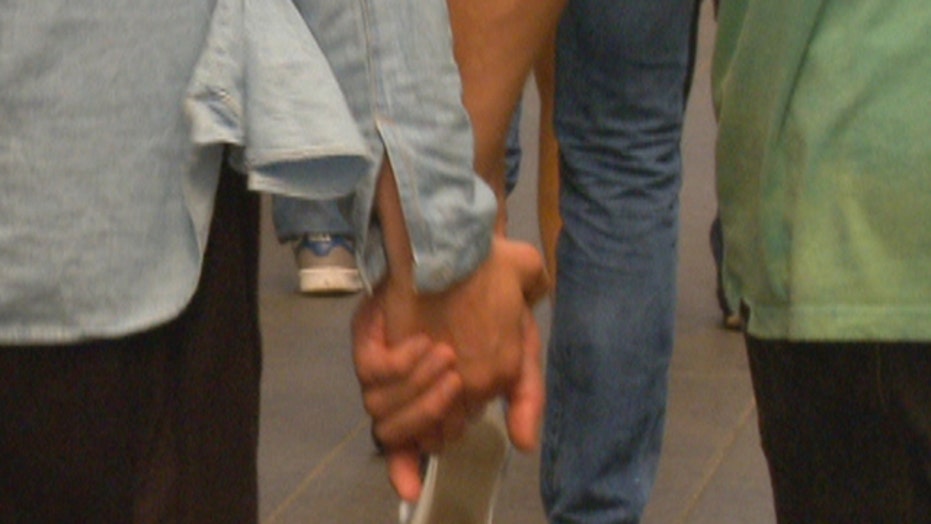 The state of marriage in America

The kiss, the vows, till death do us part…

Marriage in America isn’t as popular as it used to be. Only about 50 percent of those of us over 18 are married today, according to a new Pew Research study -- compared to 72 percent back in 1960.

“It’s insane the disparity between the 1960s and today, where more and more couples are comfortable not getting married,” said Jamie Miles, editor at TheKnot.com.

And those who do choose to say “I do” are waiting until later in life. The average age at marriage is 27 for women and 29 for men, up from 23 for women and 26 for men some 50 years ago.

“They’re waiting to get married older, they’re saving up more money. And they’re making sure they have a stable career. It’s not just something they’re jumping into after school,” said Miles.

Plus fewer people are actually tying the knot.

The same Pew Study shows a fifth of adults 25 and older have never walked down the aisle. That’s almost twice what it was in 1960.

There’s also the issue of cohabitation. Government figures show about half of all unmarried Americans 18 and up live with a partner. Some couples said living together could be one reason fewer people are marrying.

“You get to experience what it’s like to live with them first,” said Mississippi resident McKinsey Stanton, who has been married for three years.

“I probably have a lot more people I do couples therapy with that aren’t married than they are married. I think that’s a good thing - why not work out some of the issues before walking down the aisle?” said New York-based psychologist Niloo Dardashti.

Dardashti also said people are facing an overwhelming number of options, such as dating websites and apps.

“I really think the internet plays a massive role in people settling down with a person. The more choices that people feel they have, the harder it becomes to make one,” said Dardashti.