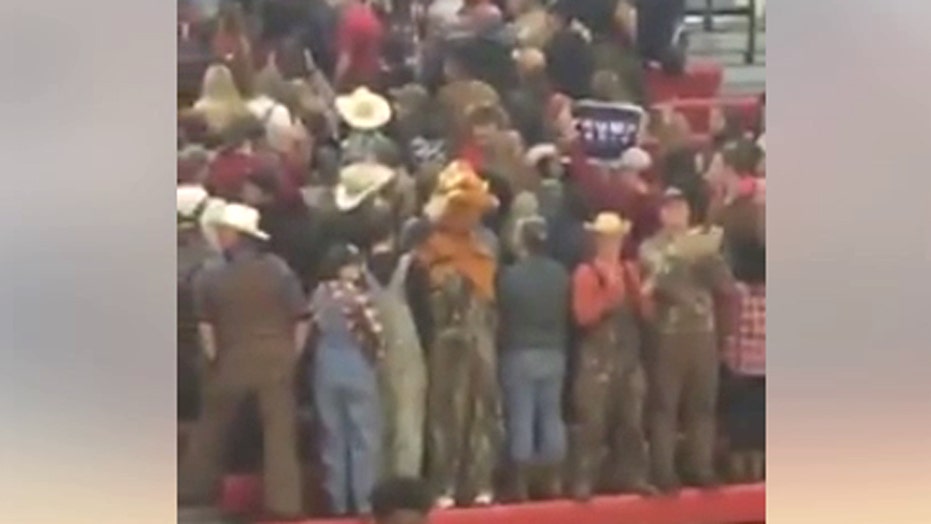 A Missouri school district has apologized for the "unsportsmanlike" and "insensitive" conduct of some of its white students after one of them displayed a Trump sign before a boys basketball game Monday night.

The incident took place during player introductions of the opposing team from Center High School, where all of the players were black or biracial, according to the Kansas City Star.

In a video that has more than 6,800 shares on Facebook, the white students were seen turning their backs as the black students were being introduced.

Members of our student body acted inappropriately and were insensitive toward our opponents. The Warrensburg R-VI School District does not condone these actions and apologizes to anyone who was offended by the actions of these students. We will do everything we can to keep incidents like this from happening again.

The Warrensburg district's superintendent Scott Patrick said in an interview with the Star that the tradition of the student section turning its back on the opposing team was a longstanding one, but that this incident was different.

Warrensburg senior Gunner Joyner told KMBC that the incident was "uncalled for and not needed."