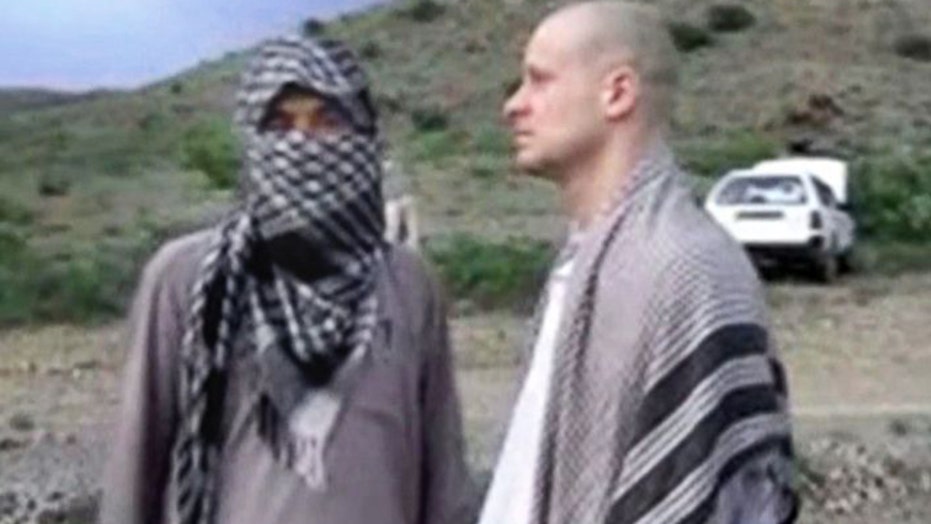 White House trying to get Bergdahl to 'cop to a deal'?

Retired Army Lt. Col. Tony Shaffer claimed Thursday that the White House is trying to get Sgt. Bowe Bergdahl to strike a deal in order to avoid a potentially embarrassing trial for the administration.

"They want this to go away as quietly as possible," Shaffer, a former military intelligence officer, said on Fox News' "America's Newsroom."

President Obama faced criticism for trading Bergdahl, accused by some of deserting, for five Taliban leaders being held at Guantanamo Bay. Shaffer claims there were other options on the table that might have had "better success ... without giving up five adversaries." He added that "these guys are going to be going back to a rock star welcome and return to combat" when conditions on their release are lifted in the coming months.

When pressed on Obama's motivation in making the swap, Shaffer said: "I believe it's all about the political narrative.

"The president wanted to clear five of the worst detainees out of Gitmo so he could kind of attrite everybody else as quickly as possible. And, frankly, that's not a reason to do this."