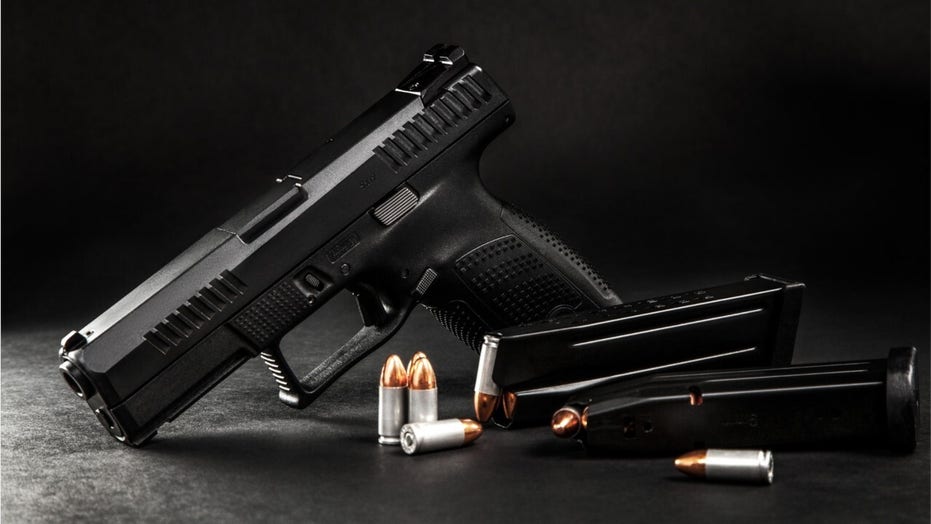 Where criminals really get their guns

Where do criminals get their guns? Find out the surprising ways convicts get their hands on firearms and the new places they could score them in the future.

Mass shootings all too routinely hit the headlines across the United States. But what rarely makes a blip on the news cycle are the individual acts of gun violence that permeate the social fabric – with almost 500,000 violent crimes committed with a gun annually, according to the National Institute of Justice.

On average, just under 40,000 people each year die across the country in a gun-related death. So, where do criminals typically buy their guns? And do most criminals seek out their weapons of choice through illicit means?

A 2019 survey conducted by the Department of Justice (DOJ) found that some 43 percent of criminals had bought their firearms on the black market, 6 percent acquired them via theft, and 10 percent made a retail purchase – 0.8 percent purchased a weapon from a gun show.

In 11 percent of cases, the criminal had someone else buy a gun for them – known as a straw purchase – while an additional 15 percent got guns from a friend or relative. Some 12 percent of weapons found on a crime scene had been brought there by someone else.

A recent national survey of prison inmates aged 18 to 40, published by Preventative Medicine, found that only one in 10 bought the firearm involved in the act that resulted in them being jailed.

Law enforcement and security experts also emphasized the importance of distinguishing between “criminals” and “mass killers.”

“Statistics show that those individuals committing ‘mass killings’ during ‘active shooter’ events do so utilizing weapons that have been obtained legally by themselves or a friend or family member,” observed Charles Marino, CEO of Sentinel Security Solutions. “Statistics show that those individuals committing what is known as ‘street crimes’ are typically doing so by utilizing weapons that have been initially stolen and may have further traded hands in the black market.”

An official with the Alcohol, Tobacco, and Firearms Explosives (ATF) – the federal agency under the Department of Justice (DOJ) tasked with tracking and recovering trafficked weapons – told Fox News that “guns enter illegal commerce through one of three ways.”

The first is by private transactions in which guns bought at gun shows, flea markets or through private sales are later sold to prohibited persons.

The second, the official underscored, was by straw purchasers – individuals who buy guns from dealers and transfer them to prohibited persons.

The third category is theft from gun dealers and private citizens. Gun traffickers transfer guns from legal commerce to illegal commerce and are “considered to be violent criminals,” the official said.

“The goal of ATF’s illegal firearms trafficking enforcement efforts is to reduce violent crime by stemming the flow of firearms to criminals by identifying, investigating and arresting those who illegally supply firearms to prohibited individuals, and by deterring the diversion of firearms from lawful commerce into the illegal market,” the official continued.

The ATF also highlights stolen firearms as a “threat to community safety as well as law enforcement,” emphasizing that “stolen firearms are crime guns; they fuel illicit trafficking and are used by violent criminals to terrorize our communities.”

Chianese said that, with regards to where guns are stolen from, the answer is easy.

“Lazy and incompetent gun owners,” he charged. “It’s literally that simple. Unsecured or improper secured firearms are one of the largest contributors to illegal guns on the street.”

Richard Schoeberl, program chair at the School of Social Sciences, Criminal Justice and Homeland Security at The Justice Center in Tennessee, said the “majority of the guns used in criminal acts were either stolen or obtained from an underground market on the street.”

“The remainder obtained it from a family member or friend,” he continued. “There is also rise across the country with the theft of guns from vehicles, and those guns are thus in turn used in crimes. Because the handgun will never be registered by the person who stole it, it will make it difficult for law enforcement to track until it is ultimately used in a crime.”

However, there are other causes for concern. According to one federal official, who spoke on condition of anonymity, “ghost guns” or “self-made firearms” have become an especially prominent cause for concern in recent years, despite being perfectly legal for law-abiding citizens.

“It is less about the black market, and more about how these firearms kits can be mailed right to your doorstep,” said the official. “It allows people to get what is essentially a frame of a firearm sent to them; technically, it is just a part. But criminals want this for easy access; to have all the parts mailed to them, so they build a gun in their basement.”

Multiple state and federal law enforcement professionals interviewed by Fox News noted that generally speaking, the cost of the black market firearm on the street is significantly higher than a legal purchase in-store. While it varies depending on location, a handgun that might cost a couple of hundred dollars retail in Florida might then cost a couple of thousand dollars on the much more stringently gun-controlled streets of New York City.

Moreover, officials have pointed out that there is often an “opposite flow” between areas of heavy drug abuse and high gun crime.

“Drugs might be moving from Brooklyn to Vermont, and the guns are coming back down the opposite way,” a New York-based federal authority explained.

And then there is the dark web, which enables users to anonymously shop for illicit goods. According to a 2018 RAND report, the “arms trade is small in volume compared to other products trafficked online, (but) its potential impact on international security is significant.”

Gun advocates attend a rally at the state Capitol to mark the start of a new law that allows most adults in Oklahoma to carry a firearm in public without a background check or training, Friday, Nov. 1, 2019, in Oklahoma City. (AP)

The report found that the dark web is “increasing the availability of better performing, more recent firearms for the same, or lower, price than what would be available on the street or the black market.” The investigation also concluded that, while almost 60 percent of firearms listings are associated with products that originate from the United States, “Europe represents the largest market for arms trade on the dark web, gathering revenues five times higher than the U.S.”

However, Randy Pargman, senior director of threat hunting and counterintelligence at Binary Defense and a former senior computer scientist at the FBI, noted that they “expect illegal online gun sales on the dark web to continue in the coming years,” underscoring that “if changes to laws make it more difficult to purchase guns legally, gun sales on the dark web may expand in the U.S.”

“Illegal gun dealers, like other criminals, are drawn to the dark web because it allows them to operate anonymously. Because of how the dark web works — sites are hosted on the Tor network — it is easy for criminals to hide their real identities and locations, creating a considerable challenge for law enforcement,” he explained. “Prices are typically listed in Bitcoin instead of traditional currency. Customers can browse available products or search for the products they wish to produce.”

However, Pargman also acknowledged that – while illegal gun sales are a problem – “they are not nearly as prominent as recreational drugs in dark web markets.”

Nonetheless, gun control activists also point out that states with tight gun restrictions are often negatively impacted by neighboring states with much looser controls, enabling criminals to purchase a weapon in a state such as Louisiana, and then cross into Illinois.

Several active NYPD officers, who spoke on the condition of anonymity, pointed out that while a portion of guns used in crimes are purchased legally outside the state, many of the weapons being used in gang circles are stolen and/or sub-standard, having been passed around among one another for years.

The officers all concurred that the rising violent crime in New York City is generally perpetuated by a small number of individuals rather than a widespread pool of criminals. And many fear that the new bail reform legislation will increase recidivism, as judges are no longer given discretion to hold violent and repeat offenders in custody and sharply lower cash bail for nonviolent defendants.

“Various efforts can be undertaken to curb illegal firearms sales,” added Brad Engmann of the California-based Threat Scenarios. “These can include the creation of new laws, such as mandatory background checks for all firearms sales, as well as additional enforcement of existing laws.”