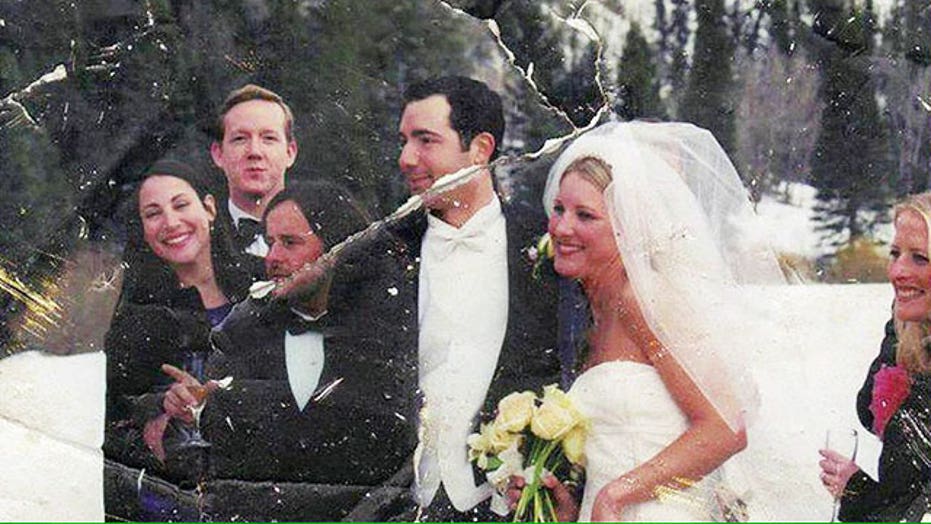 Couple in picture found after 13 years

A woman looking for members of a wedding party seen in a photograph found near the World Trade Center site shortly after the Sept. 11, 2001, terrorist attack has located the group after an Internet search 13 years later.

Elizabeth Stringer Keefe was visiting a friend in New York City in 2001 when they found the photo in the days after the attack. The friend, who found the picture on the street blocks from Ground Zero, handed the image over and “asked that I do something meaningful with it,” Stringer Keefe told “Fox & Friends.”

The image is of a bride and a groom, two men and two women, standing in the snow in front of an evergreen-covered mountainside.

“The photo is quite damaged,” Stringer Keefe said.  It’s “a symbol of hope and happiness in this unbelievable destruction.”

So, she thought it was important to try to return it and recently tweeted the picture to her Twitter followers, and asked others to spread it around.  The photo was re-tweeted more than 35,000 times, including to a colleague of Fred Mahe, one of the gentlemen in the photo.

The colleague texted Mahe, who was working in the World Trade Center in 2001 and had the wedding photo of his friends, Christine and Christian Laredo, on his desk. They were married in March 2001 in Aspen, Colo.

Mahe never made it to work on Sept. 11, 2001. He was getting off the subway just as the attack had begun and was told not to proceed.

Her efforts “restored our faith in humanity,” and have been “amazing,” Mahe said. “Thousands of people shuttled the photo through Facebook and Twitter and social media.”

Mahe and Stringer Keefe will meet for the first time Monday morning on “Fox & Friends.”