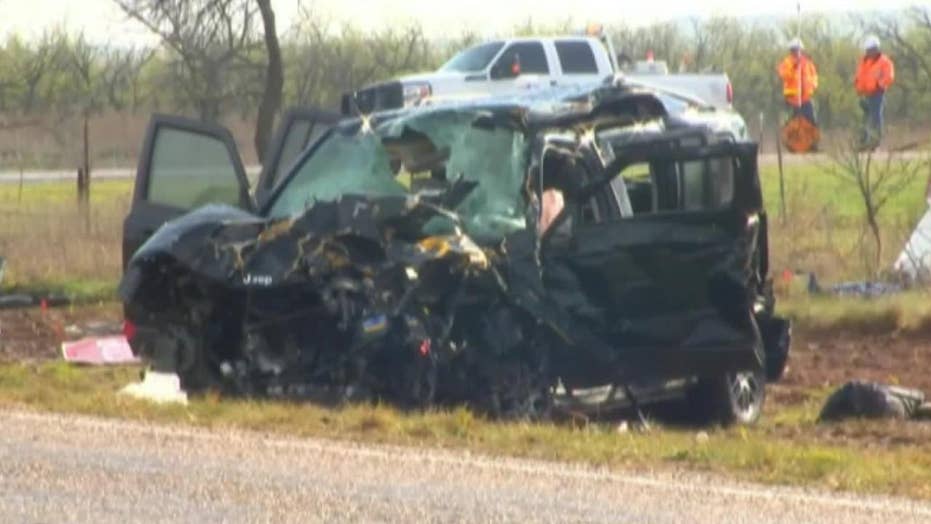 The family of a man filed a $125 million lawsuit against the Weather Channel, claiming the network ignored its storm chasers’ history of reckless driving that led to the deadly “horrific” Texas car crash in 2017.

Karen Di Piazza filed the wrongful death lawsuit Tuesday against the Weather Channel over the death of her son, Corbin Lee Jaeger, who died on March 28, 2017 when Kelley Williamson and Randy Yarnall’s vehicle slammed into his Jeep near Spur, Texas.

Williamson and Yarnell — popular storm chasers for the Weather Channel and stars of the show “Storm Wranglers” — were speeding down the highway in their Chevy Suburban at 70 mph when they ran a stop sign and smashed into Jaeger’s vehicle, the lawsuit stated. The duo was looking for any signs of a tornado and live streaming the drive on the Weather Channel’s Facebook page when the video stopped.

“The storm isn’t very far in front of us right now,” Williamson said during the live stream. “Actually, that’s what the dark is you’re seeing right there.”

Jaeger, a 25-year-old storm spotter from Arizona employed by the National Weather Service, Williamson, 57, and Yarnell, 55, all died on impact.

The lawsuit claimed that Williamson and Yarnall had a “well-documented history of dangerous behavior behind the wheel” that the channel ignored and even encouraged. Di Piazza claimed the in-studio reps not only monitored the storm chasers’ actions, they continued to instruct them during live streams to capture “particularly exciting footage.”

"TWC had actual knowledge of the poor driving habits of these individuals, to the extent that it was apparent it was more likely Williamson and Yarnell would run a stop sign than stop at a stop sign. And Yarnell ran a stop sign killing Corbin Lee Jaeger," the lawsuit stated.

"The force of the collision caused the equipment-laden Suburban to catapult over a five-foot-tall fence 150 feet from the point of impact,” the attorney added. "Jaeger, a certified storm spotter for the National Weather Service, who had planned to return to college in Arizona to pursue a career as a meteorologist, was driving westward away from that tornado, when he was struck and killed.”

The lawsuit stated that the Weather Channel had the opportunity to take Williamson and Yarnell off the road and “hire a competent, law-abiding driver.”

“Instead, The Weather Channel made Williamson and Yarnall television stars, breaking laws, driving on private property, driving off-road, in ditches, through hail storms, driving the wrong way on freeway ramps, on the wrong side of the roadway, through red lights and stop signs, all to increase the sense of danger to their television audience and sell advertising and have a hit show,” the suit stated.

“The result was the death of a young man, Corbin Lee Jaeger,” it added.

Jaeger’s family is seeking no less than $125 million in damages.

The Weather Channel said in a statement to Fox News on Wednesday that it cannot comment on pending litigation.

“We are saddened by the loss of Corbin Jaeger, Kelley Williamson, and Randy Yarnall. They were beloved members of the weather community and our deepest sympathies go out to the families and loved ones of all involved. We cannot comment on pending litigation,” the statement read.