(Strip-mall massage parlors have become common sights in many communities, but they are drawing new scrutiny since charges were filed against NFL team owner Robert Kraft. (Google Street View))

Michael is the founder of a tech startup valued at $10 million. Living alone in a two-bedroom apartment in New York City, the 30-year-old is the picture of success.

But over the past six years, he has shelled out more than $20,000 on his weekly vice: visits to massage parlors for sex.

In light of Patriots’ owner Robert Kraft’s recent charge of solicitation at a Florida spa, Michael (who asked that his name be changed) tells Doree Lewak about what he calls his “addiction.”

I’m a typical millennial guy. I live in the Village, work in tech, hang out with my friends — but I suppose what sets me apart is my rub-and-tug addiction:

In New York, you can get anything you want. On the same block, you can go to the hardware store, grab avocado toast and get a happy ending, all before 11 a.m. One of my go-to places is right next to a fancy sushi restaurant that charges $60 for a caviar roll. It’s so easy to get anything, that it’s also easy not to think what I’m doing is wrong.

It all started after my longtime girlfriend and I broke up six years ago. I needed instant gratification — and I found it in the massage parlor. The sex just happened. I didn’t even have to ask for it. It was so transactional, I figured it was harmless.

Within a few months, my visits became a regular thing.

It’s the same thing every time, the flirty greeting of “Hey, baby boy.” Then I lie on the bed and it’s back massage, leg massage, flip over, tug, clean up, out. Forty dollars for the house, forty for the tip. There’s a mutual understanding that this is part of the scope of services.

If I’m being honest, my addiction has held me back in dating. I’ve never had trouble meeting women. When I started, apps like Tinder were starting to get popular, but I didn’t want to wait to meet up with a girl, go on a date and woo her. I just wanted to get to the sex.

The paid experiences have ruined me.

I went out with a woman last summer and she used her hand on me. But it was awful, and just not the same as a professional.

I love the ego-stroking I get at the massage parlor, the way they call you “big boy.” You almost trick yourself into thinking that the masseuse is into you. There’s also the illicit thrill of getting away with it. One time the masseuse gave me oral sex with a condom on. It’s exciting — kind of underground and crazy that it’s happening at all. 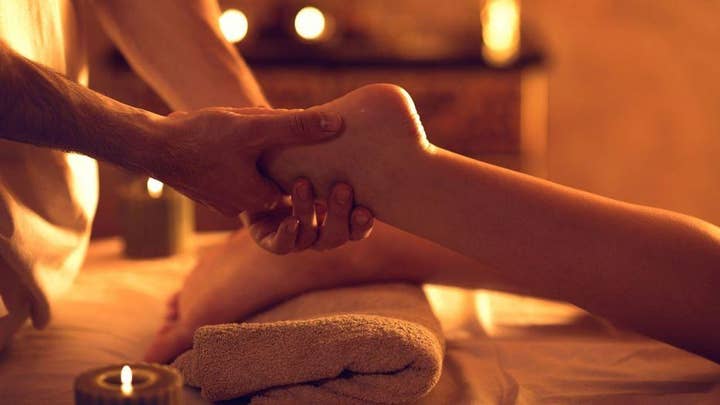 I have to admit, it’s easier not to know the real-life circumstances of these women working in the massage parlors. If they’re forced to do this against their will, that’s horrible. But who wants to think about that when you’re just trying to escape for a bit?

I can’t deny that doing that job all day has to be gross, disgusting.

When I first heard about Robert Kraft, I was shocked. He’s 77. If I’m still doing this in my 70s, that’s just sad. It also really made me consider the legal consequences. I just assumed that the act isn’t technically illegal because I’ve never had to ask for it.

The expense can be easy to justify, too: Maybe the $20,000 I’ve spent helped me focus on my business, netting me 10 times that amount in productivity.

But sometimes when I think about the money I’ve spent, I get mad at myself. I’m definitely too dependent on it. I’m addicted. Instead of going out with friends after work, I’ll go to the massage place.

I’ve been in Miami for a month for work, and I’ve done it down here three times after searching for Asian massage parlors online. You look for telltale signs like photos of hot girls. It’s also a dead giveaway when you have to ring through two doorbells just to walk in.

If I was dating someone, I like to think I would stop — but I don’t know.