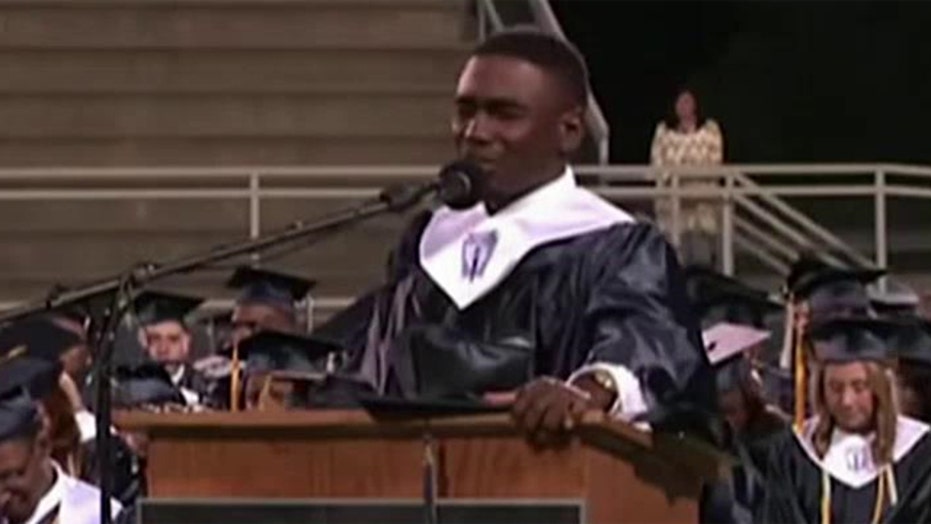 An Alabama high school graduation delivered a lot more than pomp and circumstance Thursday night when a medical emergency in the audience prompted one of the graduates to take to the podium and offer an extraordinary prayer that has garnered the teen nationwide attention.

According to the Trussville Tribune, as the Clay-Chalkville High School graduating class settled into Cougar Stadium for its commencement, a member of the crowd suffered a medical emergency.

Departing senior Christian Crawford, who had opened the ceremony with a prepared prayer,  took to the microphone to address the crowd, delivering a second, unscripted prayer with the poise and maturity of someone much older.

“The graduation started off normal – pledge of allegiance, then speeches,” Crawford said Monday during an interview on “Fox & Friends.”

Crawford said the graduates began to receive their diplomas when they heard calls of “medic, medic, medic” in the audience.

“I said, 'Lord, let your will be done.'”  Crawford told “Fox & Friends.” “I opened up my mouth and God began to speak through me.”

The Holy Spirit began to speak and he said, through me, “God is a fixer,” the teen recalled.

Crawford  looked out at those in attendance and began: "Let's pray."

"We know that prayer is power and that God is able," Crawford continued.

Then, Crawford thanked the Lord, and said, "We ask that whatever is going on that you will fix it. We know that you can make the way. . . You are a God who is a healer, the fixer Jesus."

“After I finished praying, that was it, I knew God was going to do his job,” Crawford told the Trussville Tribune. “We had 1,000-plus people there, so I know he heard our prayer, and I got an update on the [victim] and she’s doing fine.”

Crawford, who worships at the New Rising Star Missionary Baptist Church in Birmingham, said he cannot take credit for the prayer he spoke.

“I cannot take any credit for what God is doing through me for His glory,” said Crawford., an aspiring politician.

After his prayer, people were telling Crawford, “that was a powerful prayer.”  People were saying the prayer helped to restore their faith, he told “Fox & Friends.”