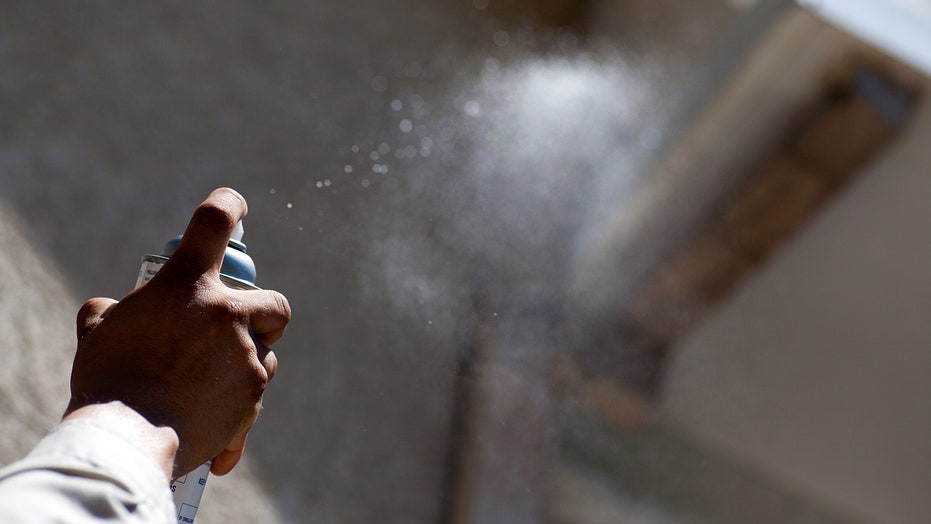 At least three overdose deaths in West Virginia may be linked to a growing trend in Boone County where police believe drug users are turning to wasp spray as an alternative form of methamphetamine.

Sgt. Charles Sutphin with the West Virginia State Police said that people are using the cans of insect repellent to create a “synthetic” version of the drug.

"We're seeing this here on the streets in Boone County," Sutphin told Charleston's WCHS-TV. "People are making a synthetic type methamphetamine out of wasp spray."

DELTA PASSENGER CLAIMS MAN DIED OF AN OVERDOSE ON FLIGHT: ‘THERE WAS NO NARCAN’

Sutphin said the wasp spray can cause erratic behavior and extreme swelling of the hands and feet. He also warned that users can experience a fatal allergic reaction to the synthetic drug after repeated use.

"From what we're being told, if you use it, you know, you might use it once or twice and be fine, but the third time when your body hits that allergic reaction, it can kill you.”

State police believe at least three overdose deaths last week are tied to the use of the spray as a meth alternative.