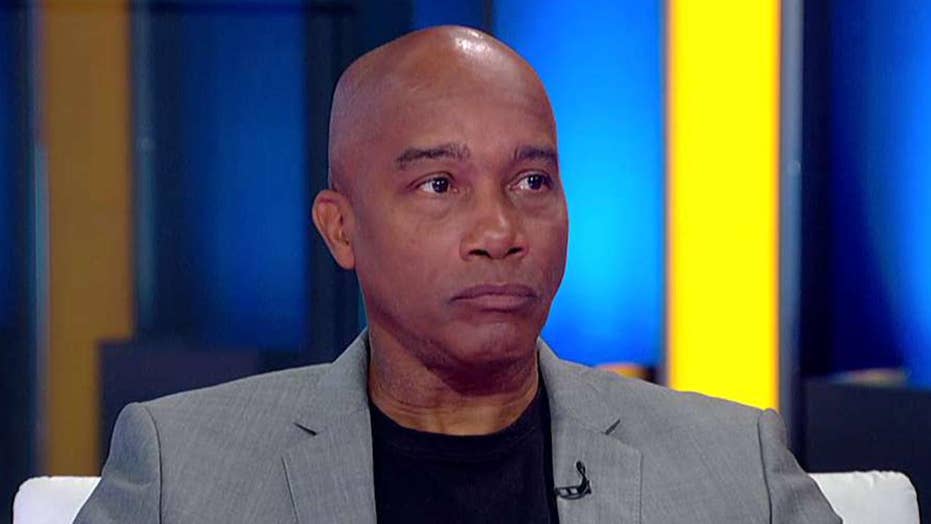 A controversial ballot measure accused of pitting “the public against law enforcement” is being voted on Tuesday in Washington State, the latest development as America continues an intense debate about police oversight in the wake of a series of highly-publicized officer-involved shootings.

A state voter guide says the measure, Initiative to the Legislature 940, would require cops to receive violence de-escalation, mental health and first aid training – and it would also change the standards for investigating law enforcement’s use of deadly force.

Those in favor of the measure – including criminal justice activist groups and some current and former sheriffs – say the changes are necessary in order to hold officers accountable for their actions. They say the measure will also save lives and build trust between police and the community. But opponents, including many police unions, are warning the initiative could actually threaten the lives of the public – and those whose jobs are to protect them.

“Sadly, law enforcement retention and recruitment has plummeted,” said Mike Solan, president of the Council of Metropolitan Police and Sheriffs, one of the groups opposing the measure. “Initiative 940 would make the crisis worse because the true purpose of I-940 is to make political prosecutions of our public safety officers easier….[and] this reality will result in officers hesitating before protecting the public for fear of this political prosecution.”

In recent years, Washington routinely has ranked among the states with the most officer-involved shooting deaths, according to data compiled by the Washington Post. It is currently 12th overall this year with 19 deaths, down from 5th overall last year with 38, and 7th overall in 2016 with 26, the data shows.

Yet officers in the state rarely face criminal charges for their actions.

The Tacoma News-Tribune reported that, of the 213 people killed by police in Washington between 2005 and 2014, only one cop was criminally charged -- and he was acquitted by a jury.

“Washington is the only state in the U.S. with a “malice clause”,” the News-Tribune editorial board wrote in a recent column about I-940. “Because of it, no criminal action can follow an officer involved in a fatal shooting unless substantial proof of 'evil intent' is found.”

And, on Tuesday, I-940 is looking to change just that. Passage of the measure would drop the “malice” language and adopt what the state voter guide says would be a “good faith” standard.

That change would allow officers to use deadly force in handling situations only if they believe it is “necessary to prevent death or serious physical harm to the officer or another person,” or if they “intended to use deadly force for a lawful purpose and sincerely and in good faith believed that the use of deadly force was warranted under the circumstances."

“In other words, to determine if the officer acted in 'good faith,' the new law would examine not only what a particular officer's intentions were, but also what a reasonable officer would have done under the circumstances,” the voter guide adds.

"We would like to move to a standard that is in the majority of other states across the country,” Monisha Harrell, board chair of Equal Rights Washington – one of the groups in favor of passing I-940, told Q13 Fox. “We know there is no one solution that will fit every single situation, and there’s never going to be a time where we will completely eliminate lethal use of force incidents... but what we can do is we can minimize those incidents."

Passage of I-940 would also, the state says, "require an independent investigation any time an officer's use of deadly force results in death or substantial or great bodily harm,” and “establish that law enforcement officers have a paramount duty to preserve the life of persons they come into contact with, including providing or facilitating first aid as early as possible.”

As it stands, new full-time law enforcement officers in Washington state are required to take eight hours of crisis intervention training, but it's not mandatory for them to receive instruction on de-escalating violence or to take training programs that are offered on mental health -- and it adds “existing state law does not contain any provision regarding a law enforcement officer's duty to render or facilitate first aid.”

I-940 got on the ballot after getting enough public signatures.

Carlos Bratcher, a 26-year veteran of the King’s County Sheriff’s Office and representative of Black Law Enforcement Association of Washington, told Q13 Fox he believes passage of I-940 would help restore public confidence in police work.

"We’ve seen too many incidents where certain departments, had the training in place and their officers were trained, the outcomes could have been a little different, so that’s why this is vital," Bratcher told the station. "I think if a person wants to get into this line of work, and they see it's a department that officers are adequately trained and there's that connection with the community... I think it's a good tool to draw people in."

Bratcher’s words are in contrast though with what is being said by the Coalition For a Safer Washington, another group opposing I-940.

“Washington’s first responders fundamentally believe that portions of I-940 are bad public policy, costly to implement, fail to provide funding or resources to improve training, will erode public safety, and will not reduce violent interactions between members of the public and law enforcement,” the coalition said in a statement. “I-940 pits the public against law enforcement. I-940 divides rather than unites.”