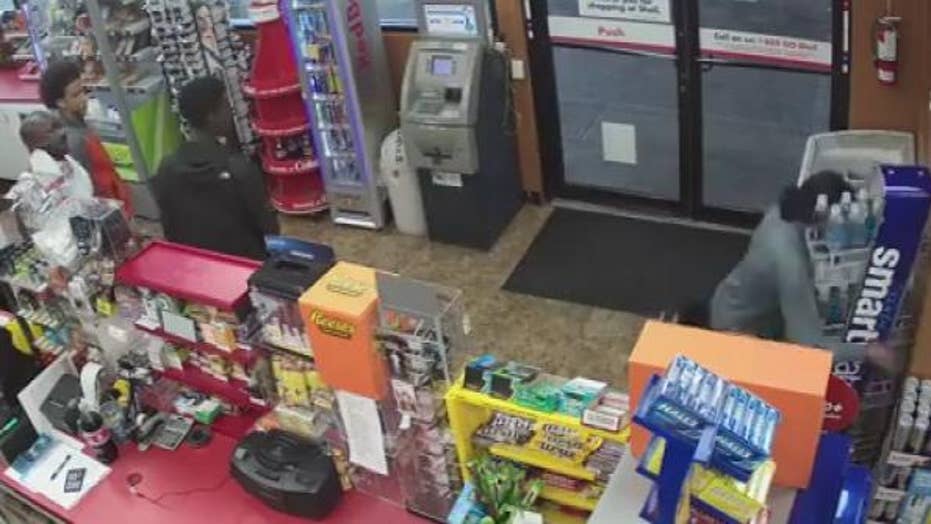 Police in Washington state said Tuesday they identified two teenagers who robbed a convenience store after a clerk collapsed with a life-threatening medical issue.

Auburn Police said the teens walked into a Shell station with an adult man on Saturday afternoon. One of the teens took a pepperoni stick from the counter and starting eating it, then gave a second one to his friend.

When the man tried to purchase a different item, police said the clerk tried to charge him for the two pepperoni sticks as well. An argument broke out before one of the teenagers offered the clerk a dollar bill. Incensed, the clerk came around the counter to confront the teens.

After a brief conversation, the clerk turned to return to the register, only to stumble and collapse. The adult man left the store and one of the teenagers grabbed the dollar bill out of his hand.

The teens initially left the store, but each of them returned to steal merchandise and empty the store's cash register. One of the teens could be seen on surveillance video stepping over the clerk to exit the store.

Police said another customer, who entered the store after the boys left, called 911. They added that the clerk is still alive, but in critical condition.

It was not immediately clear whether any of the trio had been arrested or charged with a crime.