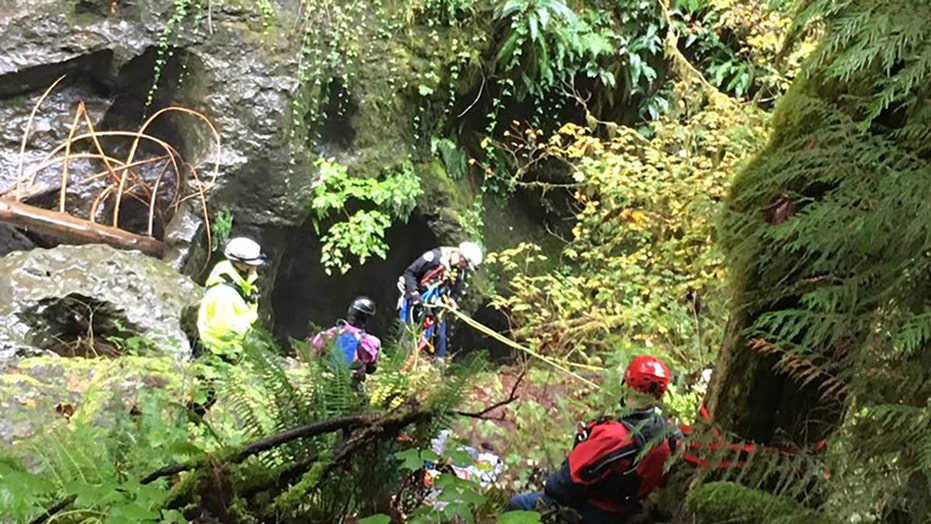 A man in Washington state was in critical condition Saturday after he plummeted nearly 30 feet over a waterfall prompting a rescue operation that lasted over an hour, local reports said.

The unidentified 26-year-old was with his brother on the rocky terrain above the Youngs Creek Falls in Snohomish County when he slipped and fell, Fire District 7 spokeswoman Heather Chadwick told The Seattle Times.

Crews from four fire districts responded to the water rescue call, which Fire District 7 described as a “technical operation.”

The department posted a photo of the team using ropes and a harness to lower a crew member down the falls to locate the man.

The 26-year-old had been unconscious in the water for over an hour when the rescue crew finally reached him, the Snohomish County Sheriff’s Office told KOMO News. Paramedics rushed him to a hospital in critical condition.

Alcohol was believed to play a part in the incident, the sheriff’s office told the outlet.

An update on the man’s condition wasn’t available Sunday.