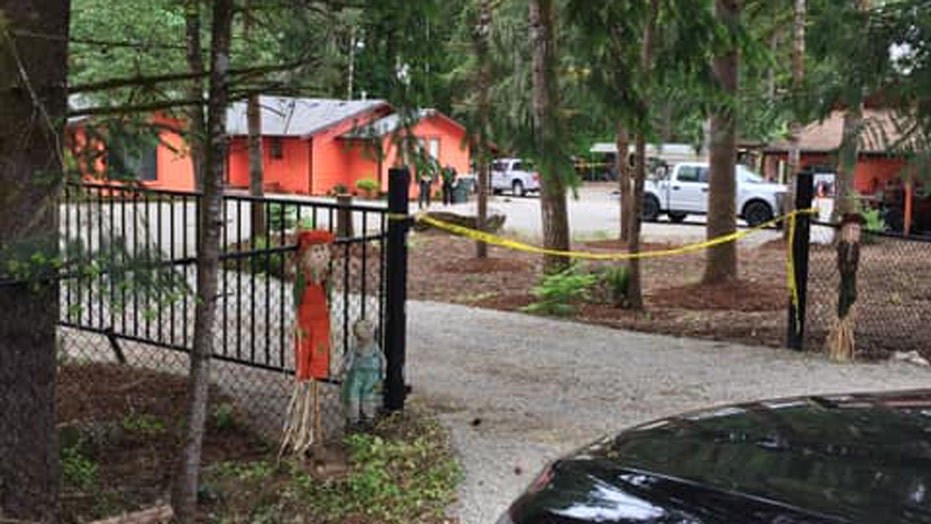 A man in Washington state was forced to defend himself on Friday -- through a variety of means -- after he was attacked in the kitchen of his home by an intruder, who ultimately was shot in the chest during the struggle, according to officials.

The Thurston County Sheriff's Office said in a Facebook post they were contacted around 12:32 p.m. after the homeowners reported a burglary inside the home.

Detectives told Q13 News the homeowner did his best to fend off the burglary suspect in his kitchen using a piece of wood. When that did not stop the suspect, the man grabbed a weapon and fired a single shot, hitting the intruder in the chest.

"The homeowner knew that he did the right thing, and the only thing he could do to protect himself and his wife,” Lt. Tim Rudloff told Q13 News.

A man shot a homeless person in the chest after he was attacked in the kitchen of his home on Friday, according to police. (Thurston County Sheriff's Office)

The suspect was transported to an area hospital with a single gunshot wound and is expected to survive, according to the sheriff's office.

FUNERAL TO HONOR WISCONSIN FIREFIGHTER WHO DIED IN SHOOTOUT

As soon as he is released from the hospital, the suspect who has yet to be identified will be charged with first-degree residential burglary.

The homeowner will not be facing any charges since he was within his right to protect his home, according to police.

The sheriff's office said it is reminding the public to not approach anyone who breaks into their home, and instead to call 911.