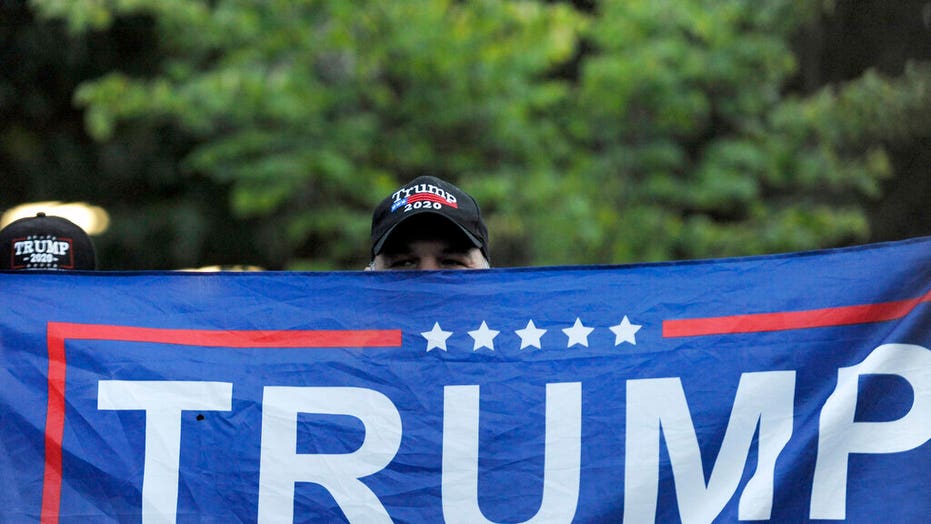 A Washington state high school student was allegedly kicked out of a Zoom class for displaying a pro-Trump flag on the wall despite warnings from the teacher to take it down, according to a Tuesday report.

The student is an attendee of Southridge High School in Kennewick, located in southeastern Washington, about 25 miles from the Oregon border.

A person holds up a Trump flag at Independence Mall to support U.S. President Donald Trump as he visits the National Constitution Center to participate in the ABC News town hall. (AP)

The parents, who wished to remain anonymous, told KEPR CBS 19 that their child was attending an English Sports and Literature class when the incident occurred. They said their child had not seen a chat message from the instructor requesting that the flag – which read “Trump 2020 No More Bulls---” – be taken down.

The parents said their child was removed without warning. KEPR CBS 19 reported that the teacher had asked the student if they had seen the message before being removed from the class, but the student claimed to have not.

The parents told the outlet that their child had been told to remove a Trump hat during a different Zoom class. They said they understood the pro-Trump flag contained profane language but felt their child ought to be allowed to hang the flag in their own bedroom.

“It’s an unfortunate situation,” the parents said. “If they were in school this would not have happened.”

In a statement provided to Fox News, a spokesperson for the Kennewick School District said the district is aware of the allegations and is "conducting an investigation with staff and students to get all the facts."