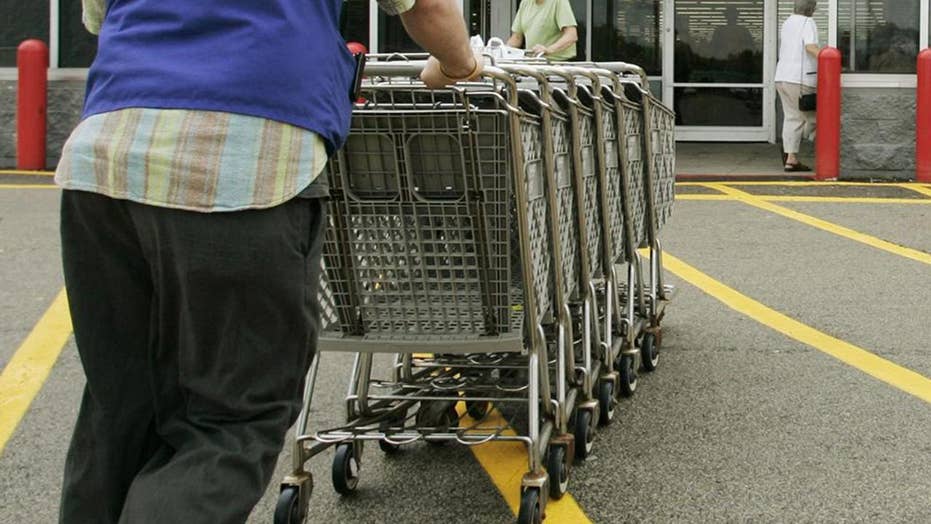 Woman claims she was cut by razor blade in shopping cart

Connecticut police investigating after a woman says she was cut by a razor blade stuck in the handle of a Walmart shopping cart.

A Connecticut woman claims she was cut by a razor blade found in the handle of her Walmart shopping cart on Sunday.

Kelly Coulay of East Windsor wrote on Facebook that her finger was injured by a razor blade “shoved in to cart handle” and that she’s “upset beyond belief.”

“[I] turned my cart around to go down an aisle and then I caught something on the underside of the handle. I didn’t know until later that it was actually a blade," Coulay told WFSB-TV.

Authorities with the East Windsor Police Department were called shortly after the incident occured and “were able to identify a razor blade that was in the handle of a shopping cart,” Sgt. Matthew Carl told WFSB-TV, adding the blade was likely placed in the handle on purpose.

“Unfortunately, this is one of those things that somebody could have done maliciously just for the intent of harming another person,” he said.

None of the store’s other shopping carts appeared to have razor blades, according to the news station.

In a statement to FOX61, a Walmart spokesperson said it’s “disturbing that someone would purposely try to injure a customer or associate.”

“We take this matter seriously and have since checked all shopping carts and are currently conducting regular checks," the statement continued.

A spokesperson for the East Windsor Police Department was not immediately available for comment Tuesday when contacted by Fox News.