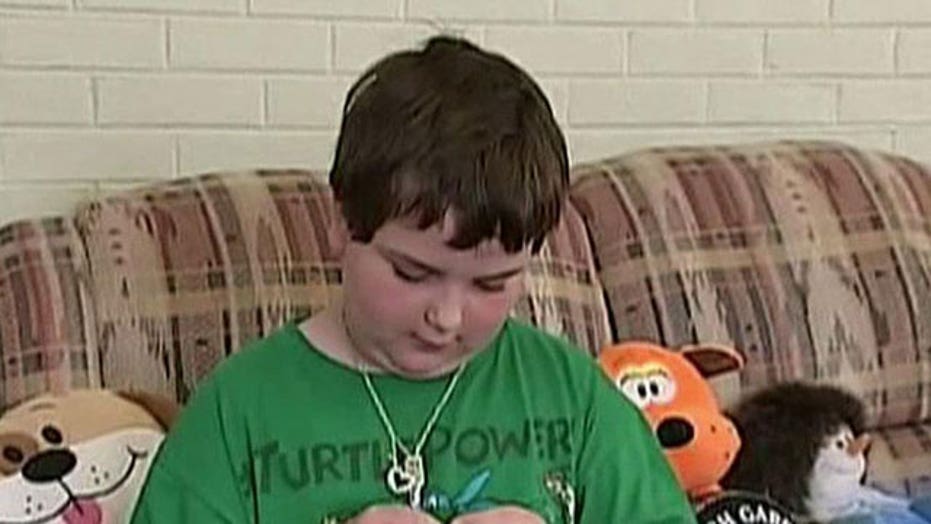 Christian school bans child for not dressing like a girl

An 8-year-old Virginia girl has been taken out of her school after administrators complained she was acting too much like a boy.

WSET-TV reports that the grandparents of Sunnie Kahle received a letter from officials at Timberlake Christian School notifying them that their granddaughter would be refused enrollment next year if she didn't follow the school's "biblical standards" and change her appearance.

The letter reads in part, "We believe that unless Sunnie as well as her family clearly understand that God has made her female and her dress and behavior need to follow suit with her God-ordained identity, that TCS is not the best place for her future education."

An administrator from the school told WSET-TV the problem with Sunnie goes "far beyond her hair length" and that "things disturbed the classroom environment." The administrator said he could not be more specific because of confidentiality agreements. The school did not answer phone calls from FoxNews.com on Wednesday.

Sunnie's grandparents, Doris and Carroll Thompson, told the station they removed Sunnie from Timberlake Christian and enrolled her in a public elementary school after receiving the letter.

The Thompsons say that despite having short hair, Sunnie identifies as a girl. The letter mentions that students have been confused about whether Sunnie is a boy or girl and notes that students can be refused enrollment over "alternative gender identity."

The Thompsons say they have no plans to re-enroll Sunnie at Timberlake Christian.