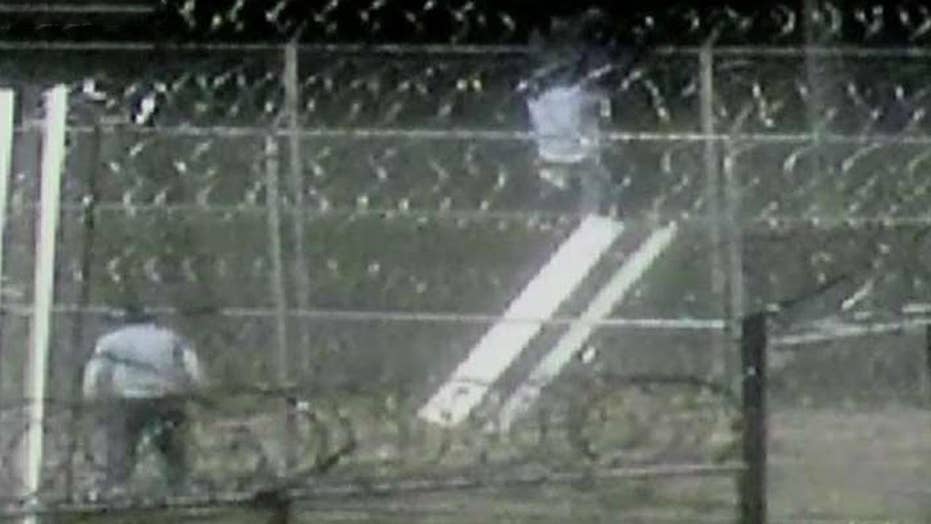 Two men suffered extensive cuts this week trying to break out of a Virginia jail protected by barbed wire fences, according to a report.

The botched escape left the pair bloodied and exhausted, according to the paper. They were taken to a hospital.

Arthur mapped out the escape plan, but left it behind in his cell, the paper reported.

They used a bench to scale the fences.  They also tried to use their jackets as a shield from the razor-wire without much success.

“The cameras have motion sensors, so when one came on at nine at night, it's either a deer or something’s not right,”" Henrico deputy Anna Burton told WTVR-TV.

Arthur was behind bars awaiting trial on meth manufacturing charges.

Musselman was serving a three-year jail sentence for grand larceny.

They are expected to face escape charges.