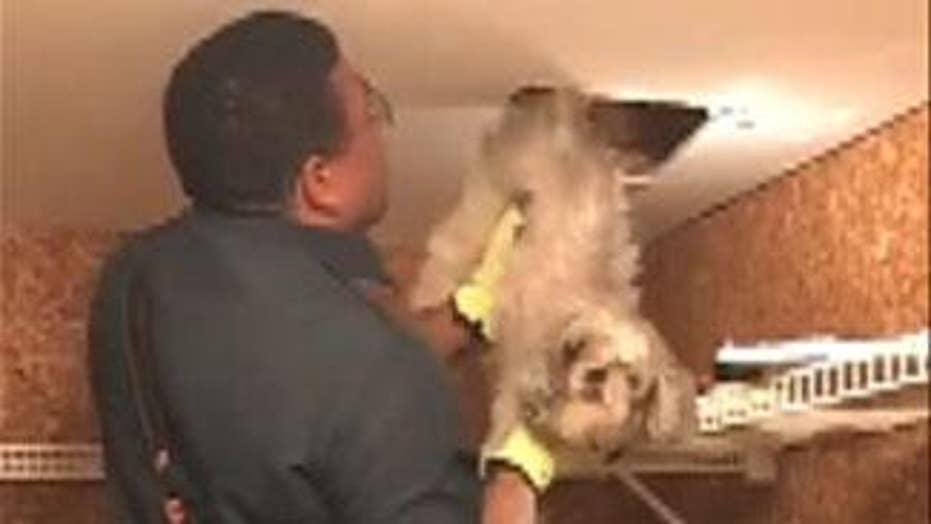 A firefighter rescues a small dog that was trapped inside an HVAC duct.

A small dog that got stuck in a ceiling's ventilation duct was able to make it out alright after Fairfax County Fire & Rescue made sure there was a "pawsitive outcome."

The pooch somehow managed to get itself trapped inside of the HVAC channel above what appeared to be a closet or pantry in West Springfield, Virginia.

The agency posted a video showing the rescue, which was dubbed in the pun-filled tweet as "ruff and far-fetched."

"Crews took a paws to shed light on dogs location and work out stategy," Fire & Rescue tweeted. "Firefighter Williams cut a hole in ceiling and retrieved dog. A pawsitive outcome!"