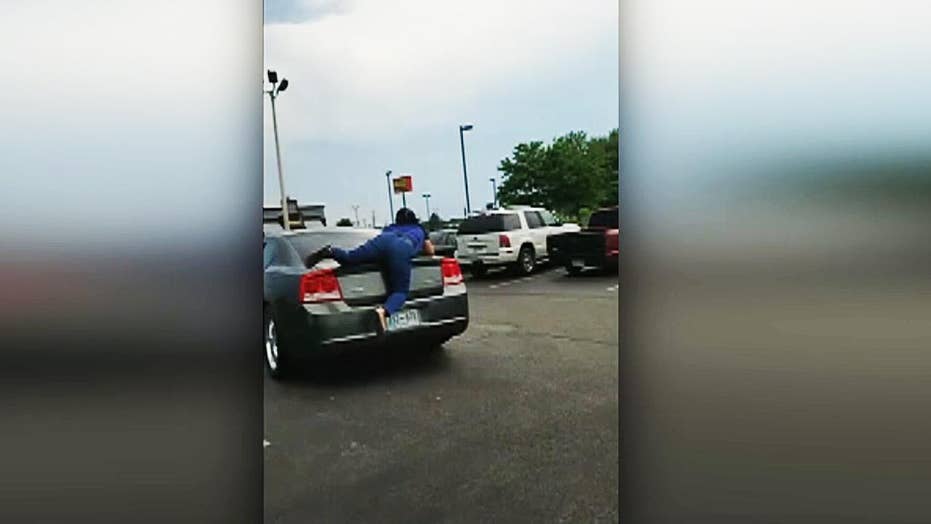 Authorities in Tennessee launched an investigation Saturday after a viral video captured a heated altercation outside a nail salon.

A nail salon worker appeared to be blocking a car in the parking lot of a Jackson shopping center. The worker accused the woman of not paying for her services, the Jackson Sun reported.

The woman in the car backs out of her parking spot with the worker in the back. The worker then grabs onto the trunk of the car as the vehicle is in motion.

Day Pham, a woman who says she is the daughter of the worker seen in the video, said the car drove about two miles with her mother on the back, according to the Jackson Sun.

Day claimed two women in the car “jumped” her mother.