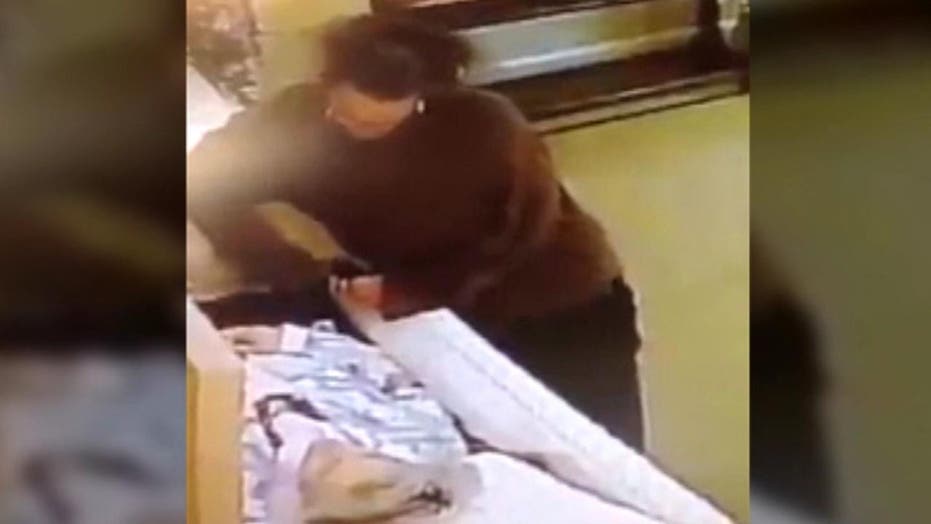 Authorities in Texas said Monday they have received several tips, but made no arrests in the case of a woman who stole a $10 ring off the finger of a dead woman as her body lay in an open casket.

Odessa Police said the theft occurred on Friday at the Sunset Funeral Home. The deceased victim was 88-year-old Lois Hicks, who had passed away the day before.

Vel McKee, Hicks's daughter, told the Odessa American that the ring had symbolized Lois' devotion to her husband Gayle, who had died three years earlier.

"It makes me sick to my stomach," McKee said after viewing surveillance video of the theft. “Horrible. I hope they catch her."

Police say the thief was wearing a brown long sleeve sweater, black sweatpants and black sandals. Police spokesman Cpl. Steve LeSueuer said the woman might be driving a red or maroon Saturn sedan. LeSueuer said surveillance video had captured the car, but was not clear enough to make out the license plate.

LeSueuer said that the woman is currently wanted for felony theft from a corpse, but more charges could be filed.

Even though it was a $10 ring," the spokesman said, "it’s still a state jail felony."