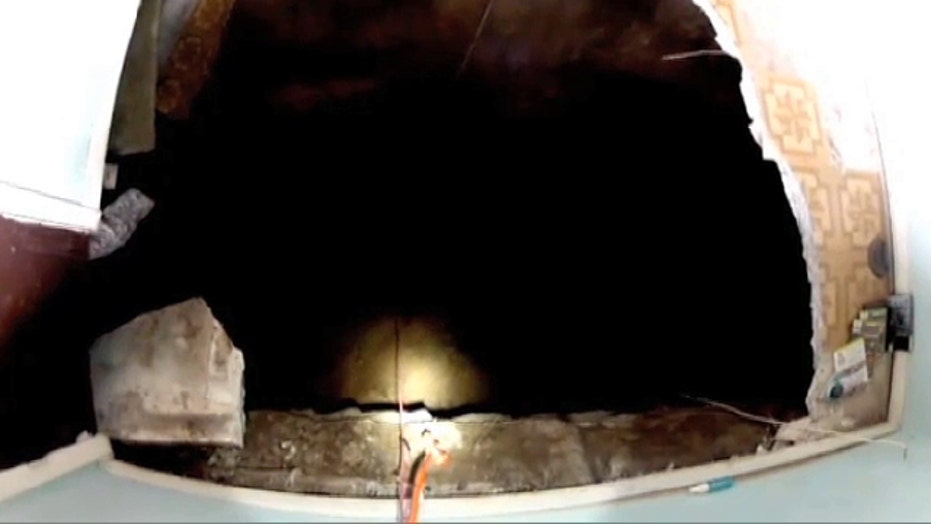 Jeffery Bush, 37, died when the hole opened up while he slept in the bedroom of his central Florida home. His brother, Jeremy, tried to jump into the hole to save Jeff but was unsuccessful. Jeremy Bush said part of the bed could be seen in the sinkhole at the time of the accident.

But new video shot by a contractor who examined the hole just before the home was demolished shows the sinkhole had grown to the point that it had swallowed the bed and Jeff Bush's body completely. All that can be seen in the hole is dirt.

The footage shows there was almost no floor remaining in the bedroom, though amazingly, clothes and other personal effects were still hanging on the walls, apparently undisturbed.

Bush's body was never recovered. The family says they're hoping to regain control of the property from the county so they can set up a permanent memorial for Jeff.