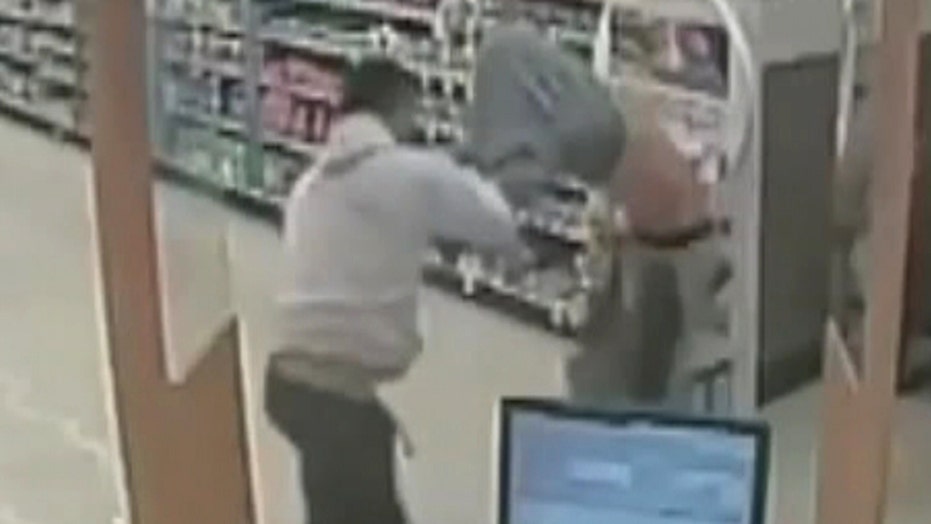 A would-be robber was left beaten and bruised by a bystander -- who happened to be a state boxing champion -- at a Florida Walgreens on Valentine's Day, police said.

Bradenton Police said Anthony Nemeth, dressed in a hoodie, covered his face when he walked into a neighborhood Walgreens and tried to rob the store, Fox13News.com reported.

“He jumped up onto the counter, demanding all of their Oxycodone 30 milligram,” police said. At first, the store clerk couldn’t believe a robbery was occurring, but Nemeth assured him it was and that he had a gun, police said.

It took the boxer four punches to knock the suspect out cold, he told ABC 13.

West, who was visting his girlfriend, said he wasn't trying to hurt anyone, but wanted to protect his significant other. He said he told the suspect to "use this as a turning point."

Nemeth has been charged with attempted armed robbery and is currently being held in Manatee County Jail on a $15,000 bond.

“Normally, I would say don’t get involved, especially when there is a weapon they can see, but apparently the citizen didn’t see or felt he had a weapon,” Lt. James Racky told Fox13News.com.