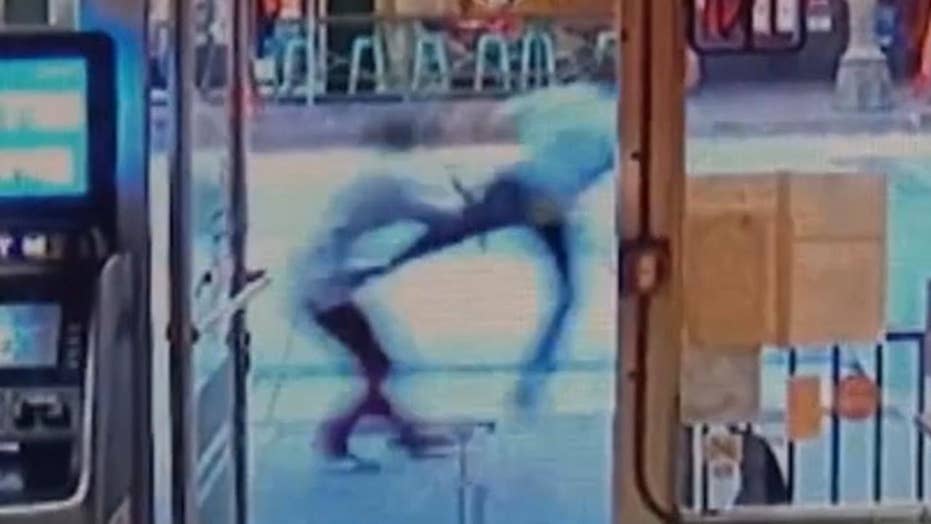 Good Samaritan uses flying kick to take down a transient man who attacked a man walking his dog with a piece of wood with nail through it in Los Angeles.

A Good Samaritan’s impressive flying kick is being credited with taking out a homeless man who was allegedly attacking another person in Los Angeles.

The martial arts move – like one would see in an action movie – was executed flawlessly Monday in downtown Los Angeles after the transient went after a man walking his dog in an unprovoked attack, Los Angeles police told Fox 11.

They say the homeless man struck him with a piece of plywood that had a nail fastened to it, which a witness said left a “very large gash on his lip where his lip was slightly hanging.”

The Good Samaritan, who has not been identified, was then captured in a store surveillance video taking out the attacker with a swift kick to the stomach.

Corey Smith, who lives near where the attack happened, told the station that he and several other men chased down the suspect and held him until police arrived.

“I told him you know you’re going to jail, this is a citizen’s arrest, don’t move, the cops are coming,” Smith said in an interview with Fox 11. “He turned around and said f--- you, get out of the way and turned to take off and one of the gentlemen I was with tackled him.”

Police described the attacker as a 36-year-old male and the victim, identified by the station only has Mikhail, reportedly was still hospitalized as of Tuesday night.