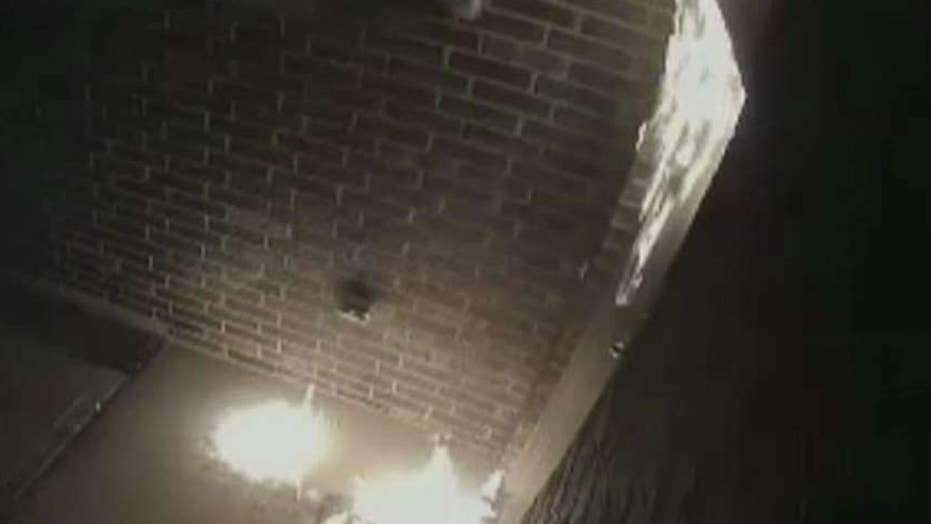 Hunt is on for suspects in Texas firebomb attack

Newly released video from Crime Stoppers shows the firebombing of a car and home in Spring, Texas.

The video, recorded via the home’s surveillance system, showed three suspects throwing firebombs both into a car and onto the front porch of the house early Sunday morning.

"Around 3 in the morning, I get a huge thump at my door and my mat's on fire. Then the guy who had seen the car on fire, he came to the front door and he's like: 'Hey, your car is on fire, too'," the homeowner told ABC.

The homeowner said her boyfriend, his daughter and sister were all home at the time of the incident but no one was injured.

"I was out for a little night ride, going around the neighborhood, came around the corner and saw out of the corner of my eye there was a fire in someone's vehicle and on their front doorstep," said neighbor Tyler Cook, who was riding on his motorcycle at the time of the attack.

"We all just kind of worked together to make sure everyone was out of the house safely," Cook said.

The fire was quickly extinguished.

Suspects were spotted running from the scene and departing in a dark vehicle. A white SUV is also believed to have been involved in an initial surveillance of the property. Crime Stoppers is offering a $5,000 reward for information leading to charges or an arrest.